Currently the only fish in the Hitchcock Center aquarium are Common Shiners, Luxilus cornutus. I purchased them from a local bait shop so that the aquarium would have an initial source of ammonia to kick start the cycling process. When spring arrives and fish in the Mill and Fort Rivers become more active it will be much easier to collect other species of fish from the wild (with the proper permit of course). During winter it can be more difficult to catch anything. The following is from an article written by Dan Howley for the Albany Times Union:

“In many cases, fish literally slow down almost to the point of hibernation,” said Doug Stang, assistant director for fish, wildlife and marine resources for New York state. “They become very lethargic and sedentary. They don’t have any other way of warming themselves, no thermal system like mammals have.”

As the mercury winds down, Stang said, so does the activity level of fish. By the time much of their world is ice-bound, they are nestled where the water doesn’t freeze, in the warmest pockets the cold water has to offer, in still places away from anything that resembles rushing water.

“They don’t want to be continually in motion in winter, so they find places out of the current, behind rocks or logjams or in deep pools — any place they don’t have to fight the current,” Stang said.

In the meantime, let’s learn a little about the common shiner. 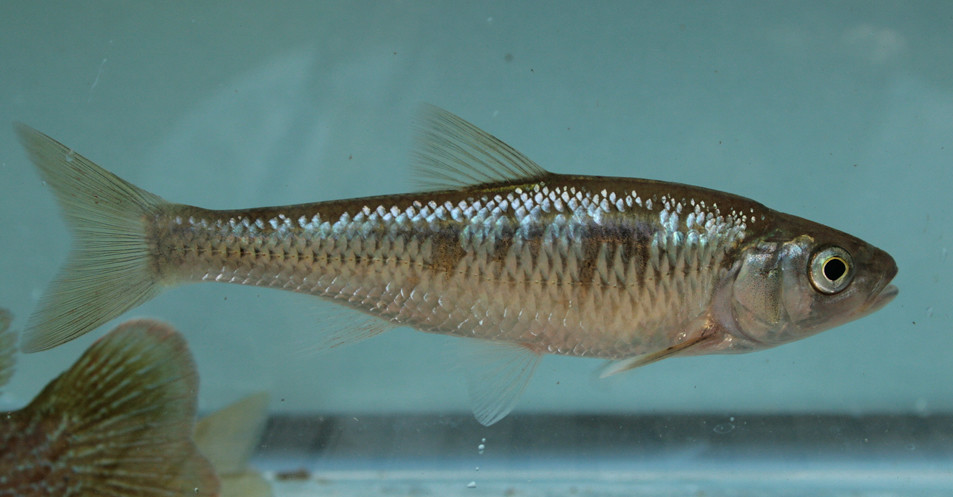 The Common Shiner is one of more than 2,000 species of of carp and minnow in the family Cyprinidae, and one of 230 species found in North America. It was formerly placed in the genus Notropis, and you will still see it referred to occasionally as Notropis cornutus. They are most commonly found in streams and small rivers. They are opportunistic feeders that eat primarily adult and larval aquatic insects, at the surface and midwater. Other occasional foods include smaller fishes and some plant material. The Common Shiners in the Hitchcock aquarium have taken nicely to a protein based flake fish food.

Spawning begins in spring when water temperatures reach between 60° and 65°F. Males are larger than females and establish and defend territories where they either dig a small depression to form a nest or adopt a nest previously built by other monnow species. Nests are typically made in gravel beds in running water. The depressed nest keeps the eggs a female will deposit from being swept away while still getting plenty of water circulation and fresh oxygen from the running water of the stream. I can’t be sure, but I don’t expect our Common Shiners to breed in our aquarium. Generally speaking getting an animal to breed in captivity requires a heightened awareness and precise control of the many variables of the captive environment, and as it is not my goal to breed the fish I won’t be exercising that level of control.

One thing I’ve noticed so far is a distinct difference in daytime and nighttime behavior in the shiners. During the day they school, congregating in the lower half of one end or the other of the tank. Once the overhead lighting goes off they stop schooling and swim independently throughout the entire tank, including the middle and upper portions. 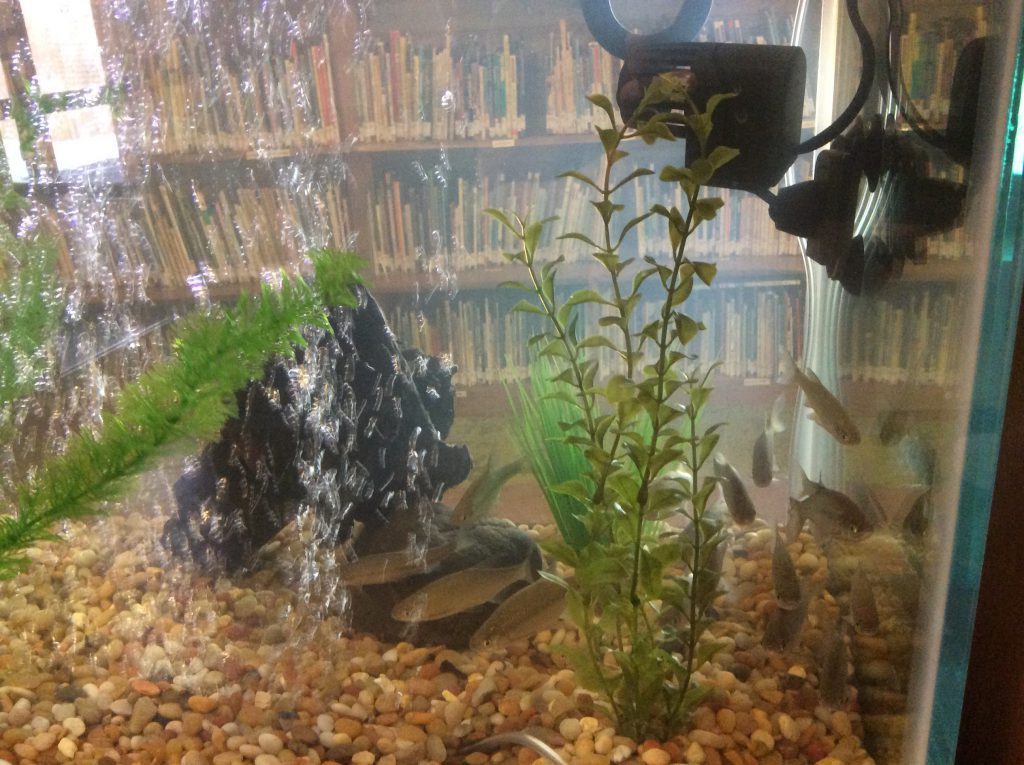 Common Shiners schooling at one end of the Hitchcock Center aquarium during the day. 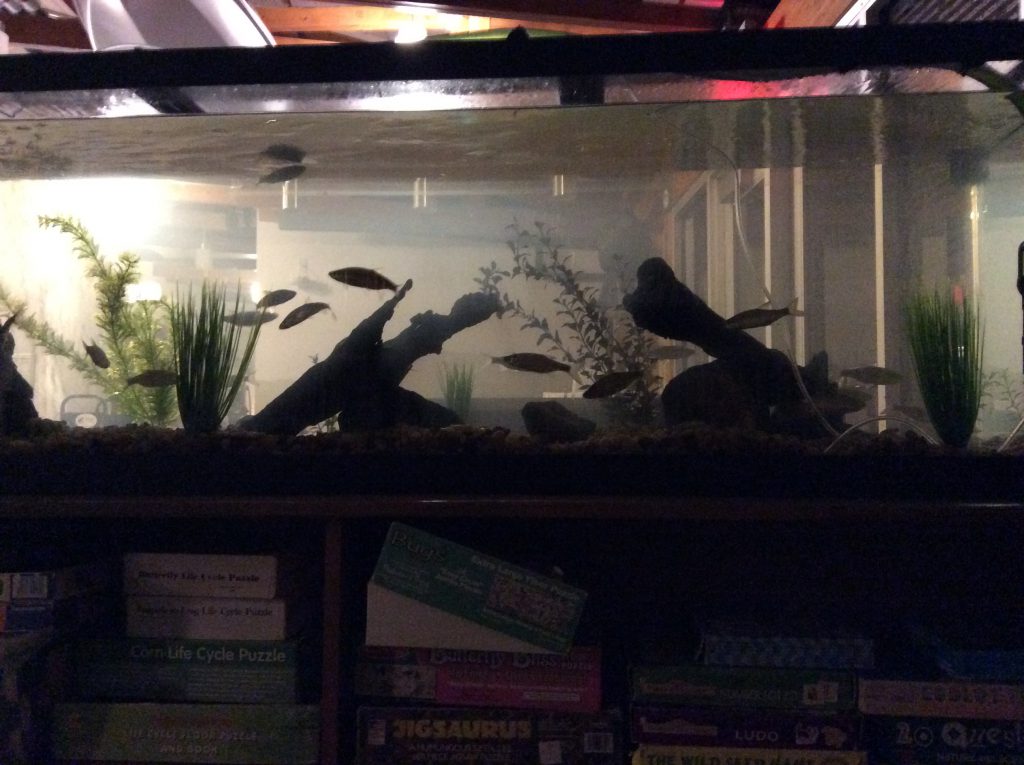 My theory is that this species is preyed upon in the wild by visually oriented predators, e. g. largemouth bass, that will hunt during the day. Also, the glass on either end of the tank is reflective on the inside, and it may be possible that they are seeing themselves reflected in the mirror and perceiving themselves to be in a larger school when they are near it. Both the lateral line and visual system of fish have been implicated as feedback mechanisms for schooling behavior (e. g., this and this).