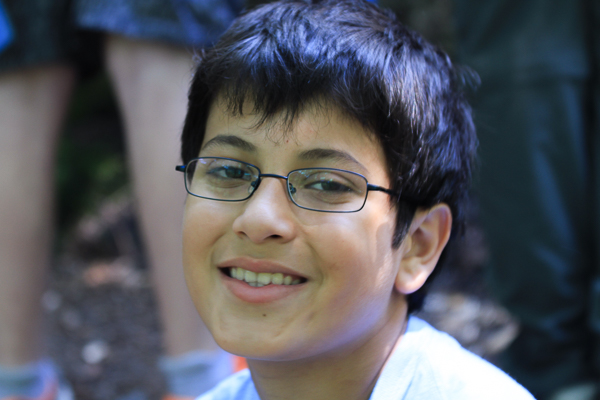 A leader is someone who: is accepting of others regardless of differences; is trustworthy; has and shares enthusiasm; is respectful; has confidence; is willing to meet challenges.

Early in the session of one of this summer’s most exciting programs, Leadership Training Camp, these qualities were chosen by the campers as 6 of the most important aspects of leadership. Over the course of two weeks, from July 6th – July 17th, instructors Katie Koerten and Peter Lamdin helped lead twelve 11 – 13 year-olds through a series of activities and challenges aimed at learning leadership and teamwork skills with a goal of preparing these future leaders for being junior counselors at Hitchcock, or other summer camp programs, and hopefully also for being leaders in other group situations they might find themselves in. Indeed, two of the campers began working as junior counselors soon after camp ended!

Being loud doesn’t make you a leader, but there are times that being loud can be an important part of being a leader; listening is important, we definitely worked better together when we listened to each other’s ideas; we really needed to talk and make a plan and not just jump right in. 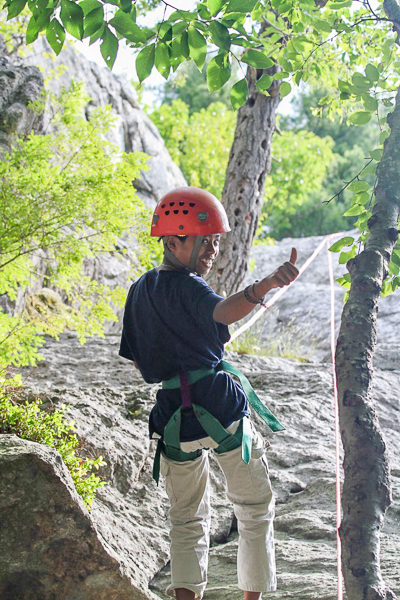 Group challenges were a definite highlight for the campers – from a trip to the Amherst Police Department ropes course on the second day of camp, to trying to turn a tarp from one side to the other while standing on it, to sending a blindfolded teammate around a small field to retrieve objects and put them together in a set order, to a trip caving, to a final overnight campout followed by a day of rock climbing. Each of these activities was followed by a “debrief” full of wonderful comments the campers made about the challenge, how they did, what they did well, and what they could have done differently.

Are we doing sit spot today? I could have stayed in my sit spot much longer! My butt got a little sore. I heard 5 different birds today.

Nature was, naturally, another focus for the camp. The campers honed their skills through exploring different habitats, observing different plants, insects and birds, as well as just sitting silently in one spot for at least 15 or 20 minutes. Observing and listening often led to new discoveries and questions, and each camper led a “nature minute,” sharing something they’d seen or learned.

Discussing highlights on the last day of camp, it was clear that campers and instructors alike had a blast. Some of the campers have now “aged out” of all Hitchcock camps and will hopefully come back to be junior counselors, and we hope that others will return again to Leadership Camp for new challenges and leadership training.

A leader in training returned as a Junior Counselor later in the summer.

“Leadership Training was genuinely the highlight of my summer,” Katie reflected. “The kids worked beautifully together and had really thoughtful contributions to our discussions of what makes a leader a leader. For example, they considered the questions: Does a leader have to listen to everyone’s ideas? Should a leader believe that diversity makes a group stronger? Even at the ages of 11-13, kids had sophisticated thoughts about this – they really rose to the challenges we posed them in every way. It was a very cool thing to be a part of. Peter and I are excited about Hitchcock offering this program for years to come.”

Katie Koerten is the current camp director of the Hitchcock day camps and teaches afterschool, homeschool and other nature programs based at Hitchcock, but she loved the chance to be a counselor again.

Peter Lamdin recently retired from more than 30 years of teaching middle school and was one of Hitchcock’s first camp counselors in the 1970s! Now he teaches field trips and residencies for Hitchcock.