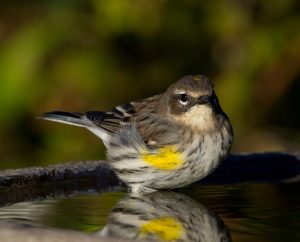 The March like weather continues, but migrants keep moving into the valley. Even with the cold, raw rainy weather we’ve been experiencing in the last half of the month, migrants seem to be slightly early or right on time. Some of the new arrivals included Great Egret, Green Heron, Greater & Lesser Yellowlegs, Solitary Sandpiper, Spotted Sandpiper, Broad-winged Hawk, Chimney Swift, Blue-headed Vireo, Warbling Vireo, Barn Swallow, Cliff Swallow, House Wren, Blue-gray Gnatcatcher, Hermit Thrush, Eastern Towhee, Baltimore Oriole, and of course the “Warblers”– Ovenbird, Northern Waterthrush, Black & White, Orange-crowned, Yellow, Palm, Yellow-rumped and Black-throated Green and Rose-breasted Grosbeak just to highlight a few. Now some of these birds I just mentioned are here in real modest numbers, but that should start to change by the end of the week, given the extended forecast. 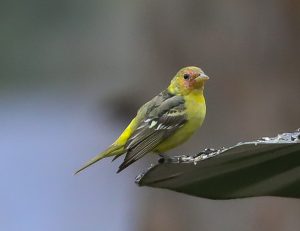 However, birders (although not all birders) like to view something out of the ordinary every once in a while, and that happened on Saturday April 18th in Amherst. A past Hitchcock Bird Class member texted me an excellent description of a Western Tanager coming to her feeder! I called back and asked when can I stop by for a visit? I arrived by 4pm and about 30 minutes later I was looking at her Western Tanager that she so accurately described. It makes a bird instructor feel good!

As the name ‘Western’ suggests this bird’s summer range is in the western U.S. and extends up into Canada. Now, one or two Western Tanagers almost show up every year in Massachusetts, primarily in late fall and along the coast, but inland sightings are very rare. The ones found along the coast will sometimes overwinter just fine at a feeding station, as one did in Sandwich this past winter. The one that found its way to the Amherst feeder recently, may have been the first Western Tanager recorded in Hampshire County with the only other one my friend could remember coming to a feeder in Lanesboro in the mid 1960’s! 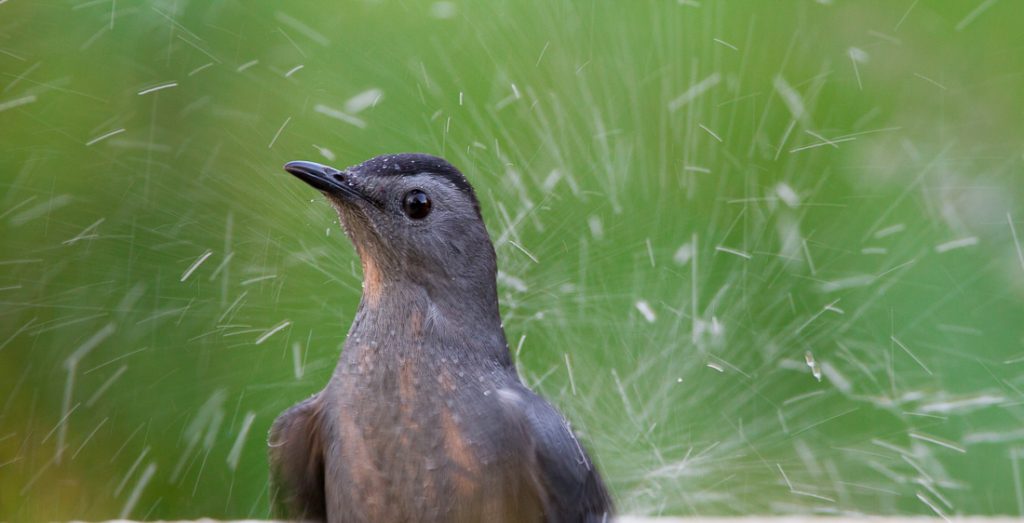 While many of us are still at home because of the coronavirus, I’ve mentioned in the last couple of weeks about monitoring what’s moving through your yard and at your feeding station. Well if you want to up your game a little bit more and potentially attract even a few more species into your yard, consider (if you haven’t already) putting out a bird bath. Believe it or not bird baths fill an important niche in your yard’s ecosystem supplying a source for drinking water and of course as the name suggests, a bathing area. 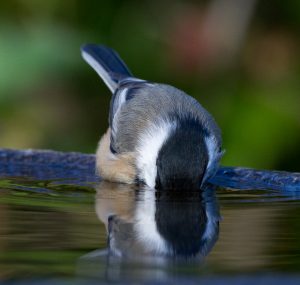 Bird Baths come in all shapes and sizes, some can get very expensive, made out of stone with a bubbler and others are nothing more than an old top off of a plastic garbage can. In our yard we deploy five bird baths in the summertime and two in the winter (you’ll need a bird bath heater for the winter months). We have three of the five in a more open areas of the yard, while the other two are a little more secluded. The two secluded bird baths have wire fencing around them to detour predators, and it has worked very well over the years. Most of our bird baths are just a couple of feet off the ground with one a little more than three feet high. 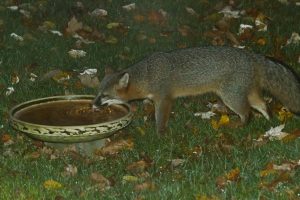 I will say this, and it’s certainly not required, but if you can get a bubblier into your bird bath or some type of water drip going, (moving water gets there attention) we’ve noticed more activity at our one bird bath that has a bubbler over the baths that don’t have one of these devices, but they all get used. So, during the last several years we’ve recorded a little over fifty species of birds and over seven species of mammals. Some of the more unusual birds have been, Cooper’s Hawk, Blue-headed & Red-eyed Vireo’s, Barn Swallow, Eastern Bluebird, Blue-winged Warbler, Common Yellowthroat, Wilson’s Warbler, Clay-colored Sparrow, Scarlet Tanager and Baltimore Oriole. A few of the mammals include Gray Fox, Racoon, Skunk and Woodchuck.

Porch update: Carolina Wren has 5 young and the Phoebe has so far laid 3 eggs!

Sunday Birding with Scott is published weekly on Sundays.