Reasons for hope on climate concerns 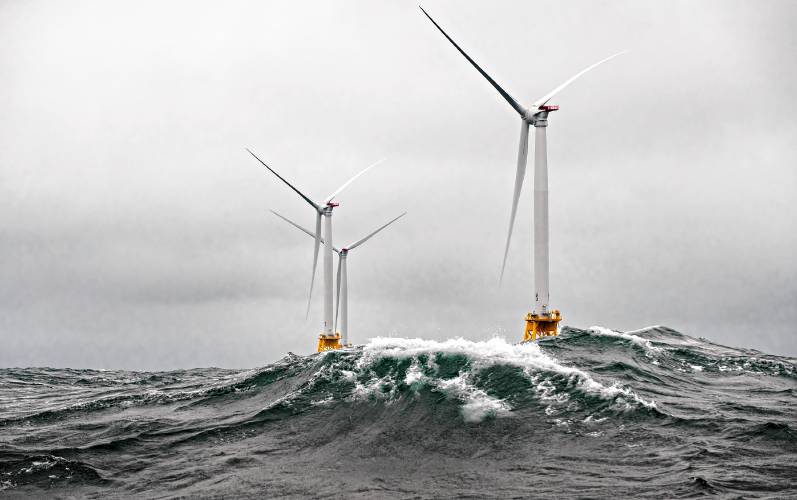 It’s understandable if some of us despair of ever getting on track to prevent climate catastrophe. Without the United States as a full partner in turning things around, what hope can we have? The answer may surprise you.

The federal government is not the only actor on the climate stage. For some time now, leadership on climate has been moving to the states. California, for many years in the forefront of environmental protection, has already committed itself to addressing climate change more aggressively. As the most populous state in the country and with a two-trillion-dollar economy, California is in a position to have enormous influence on how we move forward. Just last month, the leader of the state senate introduced a bill that will accelerate the switch to renewable energy, with a goal of obtaining 100 percent from renewable sources by 2045.

Massachusetts is also moving ahead on climate. Back in 2008, the state enacted a law mandating a reduction in greenhouse gas emissions to 80 percent below 1990 levels by 2050. A bill introduced last month would go well beyond that: It requires that all of the state’s electricity come from renewable sources by 2035. The bill goes further, setting a goal of 100 percent renewable energy in all sectors of the economy — including transportation, manufacturing and housing.

This is just one of a large suite of bills focused on climate and related issues. More than 30 bills endorsed by the Western Massachusetts advocacy group Climate Action Now address such matters as grid modernization, reducing fossil fuel use in transportation, reducing energy demand in building and construction, increasing financing for renewables and energy conservation and expanding opportunities for green jobs, especially in the renewable energy sector. Other states, such as Hawaii and Vermont, are moving in the same direction.

City governments aren’t waiting for federal action, either. Los Angeles, San Francisco and Salt Lake City are already committed to 100 percent renewables for their energy. Boston is pursuing similar plans, and numerous smaller communities, including places like Moab, Utah and St. Petersburg, Florida are on board as well. As part of its effort to become carbon-neutral by 2050, Boston is testing autonomous vehicles to lower emissions and reduce traffic.

Throughout Massachusetts, a coalition of climate advocacy groups is enlisting communities of all sizes in the goal of 100 percent renewables. Cities and towns are responding: setting goals for reducing energy use, promoting clean energy and cutting carbon emissions from municipal facilities. Officials in many cities have commented that reducing or eliminating the use of fossil fuels isn’t a partisan issue where they are; if they lower costs and improve the quality of life, these measures get public support.

These moves are helped by a trend in the economics of energy that favors renewables. Both solar and wind energy are being harnessed in greater amounts than ever before. Last year saw the largest increase in solar installations in the United States ever — nearly doubling the numbers from 2015. Most significant was the big jump in utility-owned solar, far exceeding installations for residential and non-utility commercial use. Twenty-two states added more than 100 megawatts of solar power in 2016 — a new record. Massachusetts again showed itself a leader, named in one report as one of several “rising solar powerhouses” in the nation. Last year also showed a strong increase in solar jobs, largely driven by the demand for installers.

A major factor in all these encouraging numbers has been the sharp drop in the cost of solar panels, which declined 60 percent between 2010 and 2016.

Wind power, too, is soaring, rising to almost 200,000 megawatt-hours in 2015. That’s about a 10-fold increase from a decade before. Most of that growth is in so-called red states, led by Texas — the archetypical oil-friendly state. Here in New England, Rhode Island now boasts the country’s first offshore wind farm, generating enough electricity for 17,000 homes. Like solar, wind power is also a jobs generator, adding 88,000 in 2015 alone.

Most important, hope for the future lies with the American people. A post-election survey of voters conducted by Yale University found that 66 percent thought the U.S. should reduce greenhouse gas emissions, 78 percent supported taxing or regulating emissions, and 63 percent wanted Congress to do more to address global warming.

The challenges to climate action today are serious, but there’s plenty of reason to believe in hope for tomorrow. We can be proud that our state is part of that hope.

Michael Dover is a former Hitchcock Center board member and a retired environmental scientist. To see the list of climate-related bills before Massachusetts legislature, visit www.tinyurl.com/massclimate2. Read more about the survey by the Yale Program on Climate Change Communication. Read about the huge growth of wind power in Texas.