Awesome auroras: Watch for them in a sky near you 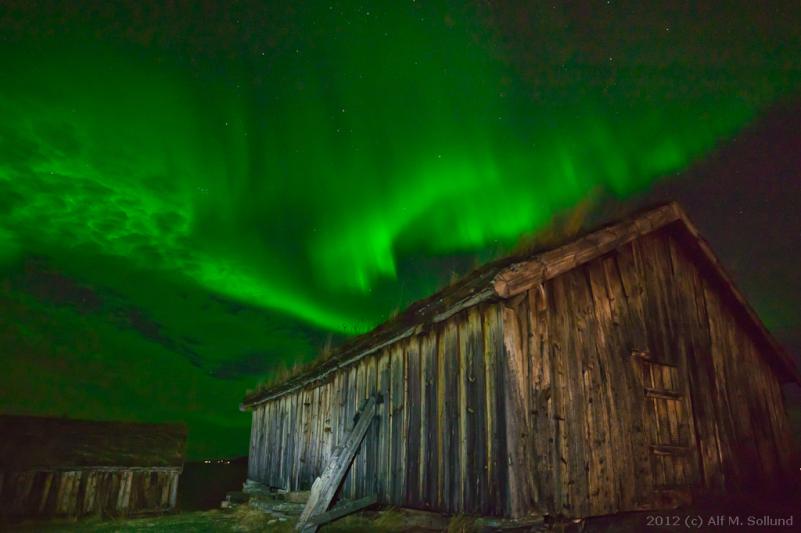 By all accounts, I am a space junkie (I suppose that beats being space junk). Gazing skyward gives me a proper perspective on my worldly concerns.

My childhood was enlivened by hours spent watching the first moon landings on a grainy television screen, and I am still stirred by Neil Armstrong’s first words upon stepping onto the lunar surface. I cheer every time we earthlings send a new explorer to far corners of the solar system; most recently, I applauded the landing of the probe called Philae on a comet more than 300 million miles away.

To be sure, not all space missions go smoothly, but they are essential for both understanding our cosmos and fostering international scientific collaboration in a world that often feels long on confrontation and short on cooperation.

Since I’ll probably never get to the moon myself, I’m content to enjoy space from the comfort of my earthly home. We in the Valley are lucky to have reasonably dark skies, less washed out by evening lights than the night sky over major cities. The Milky Way is visible on clear nights. About 60 annual meteor showers send shooting stars our way; in December, look for the Geminids and the Ursids, among many other, fainter showers.

To me, though, the most spectacular display is the aurora borealis, also known as the northern lights.

The ethereal, luminous curtains of color generated by the aurora are simply unforgettable. The sky literally dances with greens, blues, reds and purples.

Called the “aurora” after the Greek goddess of the dawn, and “borealis” with reference to the north, it is kicked up by the solar wind, the cascade of charged particles continually generated by our ever-burning sun. Electrons rain down on Earth, following the lines of our planet’s magnetic field and transferring their energy to oxygen and nitrogen atoms high in the atmosphere. The shifting colors of the aurora depend on which elements are being charged and the level of excitation to which they are being boosted at any given time. Hence, the aurora is a dynamic light show that dwarfs the most psychedelic of rock concerts here on earth.

There’s always an aurora going on somewhere on Earth, but the aurora borealis is typically confined to a band around the North Pole where the magnetic field is strongest (Its southern counterpart, the aurora australis, hovers over Antarctica.). Thus, this phenomenon is rarely seen at our latitude. However, every 11 years or so, our sun cycles from a phase of relative calm to a period of heightened electrical activity — the so-called “solar maximum.”

During solar maximum periods, and over the course of its lifetime as a star, the sun glows a bit brighter; in fact, the sun is now about 0.1 percent brighter than it was a century ago. Some theorists posit a connection between sunspot activity and global warming, and current climate models actually factor in the small effects of solar cycles. However, solar impacts on climate trends are tiny relative to the influence of greenhouse gas emissions by humans.

As the sun approaches its maximum, it produces numerous solar flares, sunspots, and occasional eruptions of massive amounts of plasma called coronal mass ejections or CMEs — think of them as solar burps. When one of these CMEs happens to point toward Earth, governments get worried and sky watchers get excited — the former because large magnetic storms can wreak havoc with electronics, batteries and satellites, and the latter because a CME can trigger an aurora strong enough to burst its magnetic confines and be visible at much lower latitudes.

In 1859, the strongest auroras ever recorded illuminated the skies of the U. S., Europe, northern Asia, and Australia so brightly that one could read by their light at 1 a.m.

This year, 2014, is a solar maximum. Activity was lower than expected throughout much of the year, but has picked up in recent months, generating several geomagnetic storms. If ever there were a good potential to witness an aurora in our neck of the woods, it’s now.

Cold, clear, moonless winter nights are conducive to viewing even a faint aurora. Rather than staying up til midnight every night in hopes of catching the show, you can visit a website called Ovation Aurora, which posts regular aurora forecasts.

Earthbound in the Valley, we’ll never enjoy as many auroras as polar bears, penguins and Space Station astronauts do. But the act of training our eyes on the skies unleashes our imaginations and gives us — even for a moment — a glimpse of infinity.

Elizabeth Farnsworth is Senior Research Ecologist at New England Wild Flower Society and a member of the Hitchcock Center board. She has seen auroras in Alaska, the Yukon, Maine and even in Royalston, Mass. For more information visit NASA’s Astronomy Picture of the Day and A Traveler’s Guide to the Aurora Borealis, Alaska Geophysical Research Institute.