Birdwatching for a cause — but mostly for fun 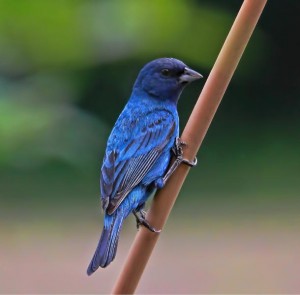 There are many reasons to watch birds. Developing identification skills, appreciating ecological and evolutionary relationships, appreciating the beauty of birds, visiting interesting places, building lists of species one has seen and enjoying good company are among them.

Once a year I have an additional reason to watch birds — supporting environmental education at the Hitchcock Center for the Environment in Amherst as I participate in the annual Biothon fundraiser.

For 24 hours each May, from one afternoon to the next, I join a group of friends to count bird species in the Valley, and we ask our friends to pledge a certain sum of money to the Hitchcock Center for each bird species that we find. Other groups — some counting plants, mammals, insects and other organisms — also participate, and the event contributes significantly to funding environmental education in our community.

It feels good to support the skilled educators of the Hitchcock Center, but I’ll let you in on a secret: The real reason I participate is that it’s fun to spend a day birdwatching with friends at the height of the spring migration.

We approach our day in the field as birdwatchers interested in appreciating the diversity of birdlife rather than as competitive birders focused on running up the maximum tally of species. Typically, we encounter around 90 to 100 species, which is well short of the 120 or more that would be possible in this area with a more intense schedule or the 195-species one-day record for Massachusetts.

Over the past 15 years we have assembled a cumulative list of more than 150 species of birds.

I spend the Biothon day with a couple of other regulars, two former Hitchcock board members, plus various other participants who have participated in our group over the years. We’ve had visitors from as far away as Wisconsin and Texas join us, including, for the past couple of years, an experienced birdwatcher from New York who has brought her sharp eyes and ears to our effort.

We have many treasured memories from these excursions. One year a May snowfall offered the unusual sight of a male indigo bunting glowing against a background of snow; some years we have chanced on migrating sea ducks that have briefly set down in the Quabbin Reservoir or the Connecticut River. While we haven’t found any very rare birds, we’re pleased when we find species that may be locally uncommon or a week or two early or late in migration.

Last year’s effort gives an idea of a more or less typical Biothon.

Starting from the Hitchcock Center at 3 p.m. on a Saturday afternoon, we headed to Moody Bridge Road in Hadley. Here, on land that’s part of the Fort River division of the Silvio O. Conte National Wildlife Refuge, we heard and saw male bobolinks in song flight, a highlight of any excursion at this time of year.

We also ran into fellow naturalist Joshua Rose (a fellow “Earth Matters” contributor) who told us that another Biothon group had seen some unusual waterfowl in the Honeypot area of Hadley. He also showed us a lovely grapevine epimenis moth, a species with which none of us were familiar. The next day we could identify this species when we encountered it on our own — environmental education in practice.

We headed to the Honeypot where we did not find the reported waterfowl, but did see a bald eagle and locally uncommon vesper sparrow and purple finch.

Going north, we saw additional bald eagles in Deerfield and Turners Falls where we also found a nice variety of waterfowl, including four long-tailed ducks. These are abundant on the ocean but not usually seen here.

As the sky darkened after sunset we were in the Montague pine plains, where we were treated to a chorus of whip-poor-wills and the sight of many Fowler’s toads in the road.

A last stop in Amherst’s Lawrence Swamp did not produce the hoped-for owls, but did add a few calling frogs to our list.
The next morning, the trails at the Larch Hill Conservation Area behind the Hitchcock Center offered up some excellent views of several woodpeckers but not the diversity of warblers that we have found there some years.

Fortunately, while at the Quabbin Park later in the morning, we saw many colorful breeding and migrant warblers (and three more bald eagles).

We ended the day, as we often do, scanning the beaver pools along the rail trail in South Amherst. Here we were treated to the sight of dozens of northern water snakes sunning themselves along trail. The snakes, like the frogs and moths, don’t count in our list of bird species, but they count very much as part of the enjoyment of a day in the field.

No one needs an excuse to go birdwatching, but if you would like an extra reason to do so, the Hitchcock Center’s Biothon is a great opportunity to have fun and do a good deed at the same time.

David Spector is a former board president of the Hitchcock Center for the Environment and teaches biology at Central Connecticut State University in New Britain, Connecticut. For more information on how to participate in or pledge to the Biothon in support of environmental education, see our Biothon page.