Time can pass slowly while waiting for the light to change at Northampton’s very busy King Street/Bridge Street/Damon Road intersection. Cars and trucks are stopping and going, turning left and right, from all four compass points. An ambulance’s siren puts the whole intersection on alert. A train passing through the Damon Road crossing has me looking at my watch.

Sitting at this intersection, I marvel at how our lives, culture, economy and the automobile are so enmeshed.

Out of curiosity, I tested this observation by counting automobile-related businesses along a 3-mile stretch of Route 5. I started at Hatfield’s I-91 Exit 27, and ended at Northampton’s Main Street.

Our car-centric culture has taken shape for over a century, and that momentum will carry it into the distant future. In the U.S. there are 287 million registered cars; in Massachusetts, 2.1 million. Thinking about climate change, this hits close to home. The Union of Concerned Scientists reports that cars and trucks account for 20% of all carbon emissions in the U.S.

While good news has been scarce regarding climate change, there is a bright spot: Electric vehicle (EV) sales are increasing rapidly, and automobile manufacturers are projecting a further surge in sales. Analysts estimate that 2021 EV sales, including hybrids, reached 6.4 million vehicles worldwide, an increase of 98% over 2020. Of these, 4 million are battery powered, while Tesla’s 2021 EV sales reached 800,000. 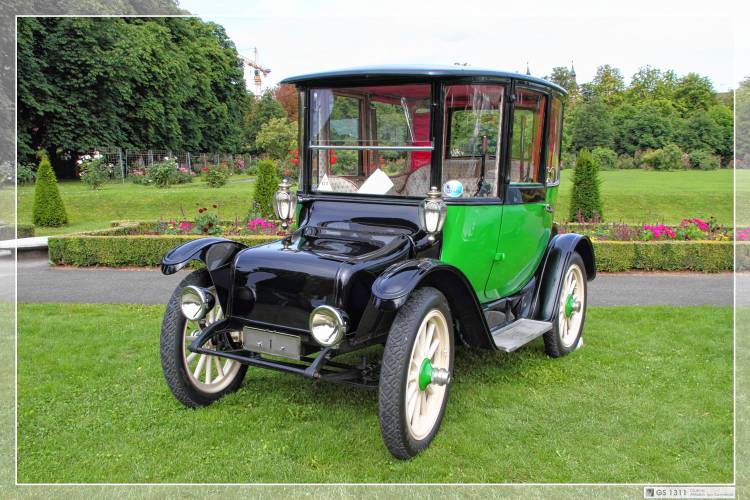 Electric cars are not a new idea. This 1907 Detroit Electric Model D was advertised as reliably getting 80 miles between battery charges. Georg Sander/via Flickr

Many manufacturers, including Ford and General Motors, are moving to dramatically expand production of EVs. GM has pledged to manufacture only EVs by 2035. Ford announced in October an investment of $11.4 billion in building EV assembly and battery production plants, and plans to produce 1 million EVs by the end of this decade.

Ford’s chairperson, William Ford, Jr., commented, “I think the industry is on the fast road to electrification. And those who aren’t are going to be left behind.”

The Biden administration’s target is to have EVs make up half of all car sales by 2030. This is good news, and as EV sales increase, so will reduction of emissions from this sector.

However, the move to EVs comes with its own issues and challenges. How green an EV is depends on the source of the electricity used to charge it. The more coal used to generate the electricity for charging an EV, the higher the carbon emissions assigned to the vehicle. The higher the percentage of renewables, the lower the emissions assigned. There is a considerable effort underway to increase renewables feeding the grid, and improve the ability of our aging grid to absorb their power. This is an ambitious infrastructure undertaking that will take time. 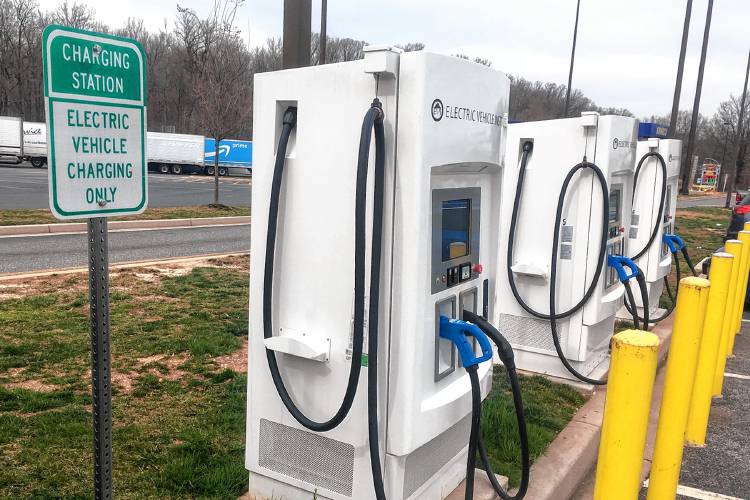 But change is coming. The federal infrastructure bill passed in November has appropriated $7.5 billion to create a network of 500,000 public charging stations. At the state level, the Regional Electric Midwest Coalition, a consortium of five Midwestern states, is a model program focused on building a multistate network of charging stations. These are early, positive steps to reshape our automotive future.

Lithium-ion batteries powering EVs present their own serious challenges. The mining and processing of the raw materials — lithium, cobalt, nickel — are associated with environmental degradation, including air and water pollution and health impacts on surrounding communities. Egregious human rights issues involving mine workers also are a serious ongoing problem.

Here too, the situation could soon improve. An expanding battery recycling and repurposing industry is working to reuse the materials in depleted batteries. And a promising technology for recovering lithium is being developed in California, whose geothermal power plants produce wastewater containing lithium. Two of their plants could annually produce 600,000 tons of lithium — more lithium than currently used in the country. Meanwhile, the human rights and environmental issues associated with mining are entrenched and complex, but discussions are underway to establish mining standards and source certification.

These issues are not insurmountable, and recognizing them is leading to significant technological innovation and critical economic and policy solutions. But underscoring the urgency to reduce emissions, actions must expand beyond the automobile itself.

The Rocky Mountain Institute projects that, to reach the 1.5C Paris Accord’s goals, transportation emissions in the U.S. must be reduced by 43%. This requires a reduction in actual driving time and greater use of public transportation, walking and biking. In turn, this requires us to modify our behavior through regional planning that promotes carless access to jobs, housing, health care and life’s other necessities.

Nothing less than the future of a livable Earth depends upon it.

Tom Litwin is a conservation biologist and former director of the Clark Science Center at Smith College. He is retired from the Jackson Laboratory in Bar Harbor, Maine and Farmington, Connecticut, where he served as the vice president for education, and continues as a visiting scholar. Earth Matters is a project of the Hitchcock Center for the Environment, based on the campus of Hampshire College in Amherst.