Creatures that fool the eye to save their skins 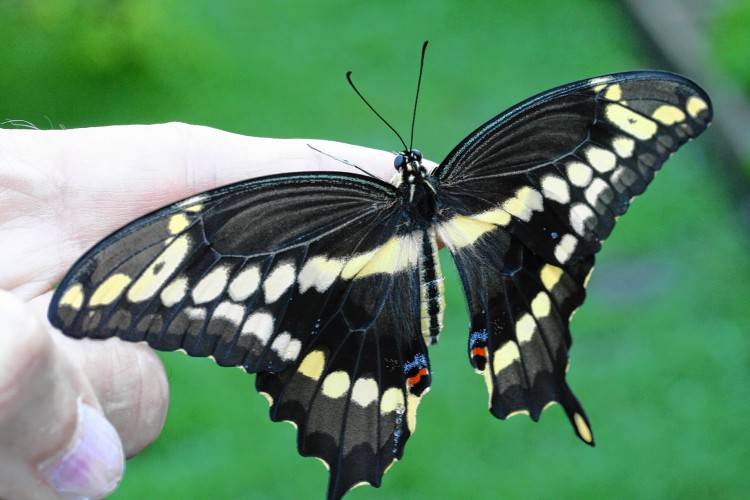 The first time I really began to appreciate the clever ways in which animals hide themselves was when I looked closely at a pile of bird poop. A glob of whitish-gray ick, plopped on a leaf.

OK, so I’m a biologist who might have (professional) reasons to look closely at bird poop. There’s a career out there for everyone, right?

But this blob, perched atop a sodden, drooping leaf in a tropical rain forest, looked a little different.

First off, why wouldn’t it have been rinsed off the leaf in the downpour that had just pummeled my head? As I shrugged the raindrops off, there it was, still on the leaf, hanging on.

So I decided to poke it. I, like so many other biologists, am “in touch with my inner child,” and I indulge my curiosity about the world, which often involves prodding, smelling and occasionally tasting (beware!). So, poke I did. 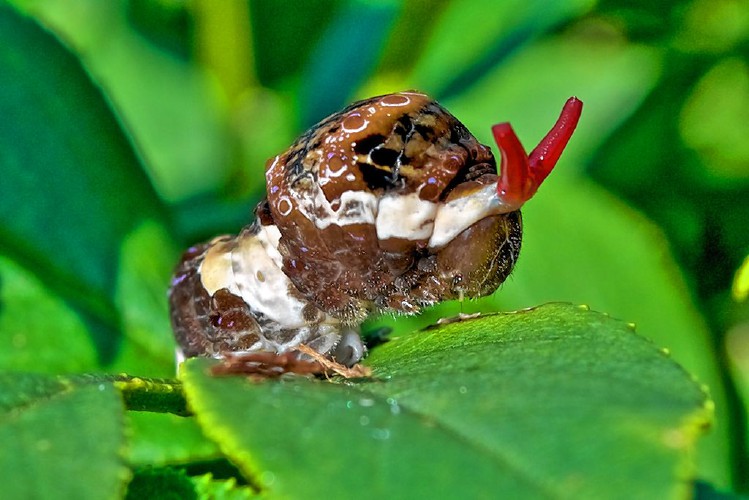 Suddenly, the “bird poop” reared up, with two bright red horns frantically twitching this way and that, threatening to spear my hand.

Whoa! I backed up, astonished, and realized that this inert bird poop was, in fact, a caterpillar, fending me off to save its life.

Returning to my cabin/lab, I was grateful for the fact that those “horns” had not pierced my skin and that my caterpillar was not threatening my own life. But I had been scared off, and boy, was I impressed.

I opened a book and discovered that this pseudo-pile of bird droppings was, in fact, the larva of the giant swallowtail butterfly (Papilio cresphontes). That species is widespread globally and flies in our area in open woodlands, fields and in rocky and sandy hillsides near streams or gullies. Next time you spot some bird droppings on a leaf, you might want to look (or poke) a little closer. You could be in for a surprise.

That episode got me wondering about all the wonderful ways in which animals, large and small, make themselves invisible to those who might harm them. These fantastic adaptations reveal that many millions of years of evolution have shaped animals to resemble their habitats.

Take, for example, the northern walking stick (Diapheromera femorata). These 3- to 5-inch-long, skinny insects are well-nigh impossible to distinguish from a twig. But they are out there, so keep an eye out. Sometimes brown, sometimes green, they hunker close to the branch they are on, holding their antennae aligned with their body, and staying motionless until you have passed them by.

Then there are the geometrid moths — whose caterpillars disguise themselves as tiny sprigs off a plant branch. You may recognize some of them as “inch-worms,” the ones who sometimes descend on minuscule threads in front of you on the trail.

My colleague David Wagner, an entomologist at the University of Connecticut, has authored a comprehensive guide to these caterpillars, with gorgeous photographs that demonstrate their deviousness. They will parallel themselves with the twig they resemble, or angle themselves away and stay in place, a perfect rendering in brown and green of the twig of which they are merely an offshoot.

Other moth and butterfly larvae masquerade as half-eaten leaves, showing brown spots on their wings that precisely mirror the damage their very own species might inflict.

OK, so maybe you’re not as enamored of insects as I am. If that’s so, then perhaps consider a mammal: the ermine. You may know it as a luxurious coat, but let’s not go there. The “ermine” (Mustela ermine) is our common weasel. That weasel is brown on top (white on the bottom) during the summer, when it can be well hidden from predators while it resembles underbrush and soil. But come winter, it sheds its fur and dons a pure white coat. In this garb, it becomes difficult to spot in a covering of snow.

This is similar to the snowshoe hare (Lepus americanus virginianus), a denizen of our more northerly woods, who changes its color from brown in summer to white in winter.

Think also of so many species of birds — whose newly hatched young are brown and drab, perfectly matched to their nests — and their mothers, who, having to tend those nests, need to blend into the background while their showy male mates are out gathering prey for the brood.

Or be amazed at the octopus or squid, who can change their color on a dime to blend in with their underwater surroundings.

How do they do this? They do it much like a light-stick you wield at a rock concert: by bending light-producing cells in such a way that two critical chemicals (luciferin and oxygen) come together, mix, and produce the desired color. These ancient animals may also harbor specialized bacteria that help them produce these light shows.

As much as animals are forever trying to hide themselves from us, we are trying to discover them and to marvel at their many ways of escaping predators, and sometimes getting away from us. Be on the lookout and prepare to be amazed.