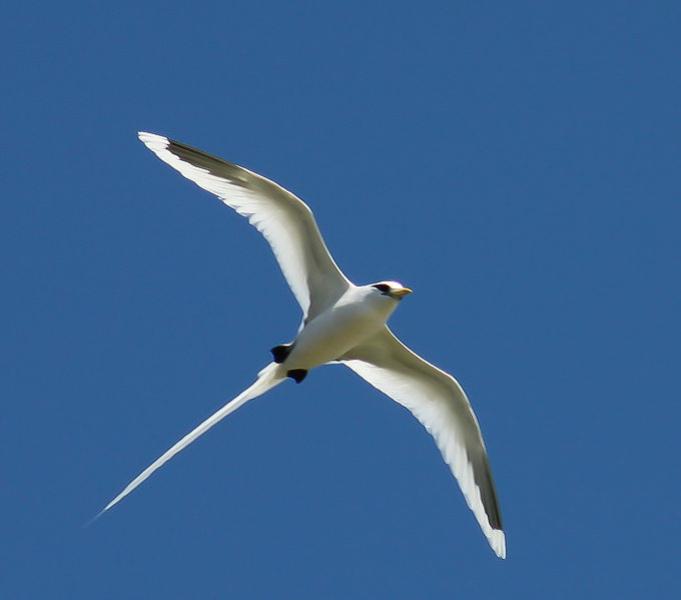 For people who collect things, rarity brings value — rare coins, art, bird sightings. While rare bird sightings are not kept in vaults and sold for millions of dollars, they are very much sought after and enjoyed by birdwatchers. It may seem paradoxical, but rare bird sightings, wherever they occur, are actually fairly common and mostly involve common birds. While no one can be certain exactly when or where the events will occur or which species will be involved, it is almost certain that in any given year there will be multiple instances of such sightings. Most of these birds are not rare in a global sense; a bird that is common in California, Europe, Asia or Florida might be extremely rare here. With roughly twice as many birds in the world now as there were in the early spring due to the breeding season, and with many of those birds young and inexperienced, the fall migration is especially rich in errant birds.

A bird can wind up out of its range for many reasons, which frequently involve weather.

Storms are responsible for blowing some birds off-course. For an individual bird caught in a hurricane’s winds, a storm can mean a trip hundreds or even thousands of miles away from its normal range. For example, during and immediately after Hurricane Irene two years ago, birdwatchers along the Atlantic coast observed hundreds of seabirds that were blown much closer to shore than they normally occur, and in some cases far inland. The white-tailed tropicbird, as its name suggests, is normally found in tropical oceans, but during Irene individuals of this spectacularly long-tailed species were found scattered throughout New England, including on the Quabbin Reservoir.

Other birds of the tropical oceans, like sooty and bridled terns, were blown to New England, while many laughing gulls, a species common along the New England coast but rare inland, were sprinkled far from the shore.

While some of these birds were found dead or exhausted, worn out by riding the storm for days, others were seen heading back to the ocean, and many had a good chance to make it back to their range and habitat. Whatever its other effects, Hurricane Irene brought disruption to the lives of some individual birds and an opportunity for New England birdwatchers who enjoyed a rare opportunity to see tropical oceanic birds close to home.

On a less spectacular scale, a sudden rain shower during migration can force down birds that normally fly high over our area undetected. Many of the shorebirds and seabirds that nest in the Canadian Arctic fly over large areas of interior North America, including western Massachusetts, without stopping on their way to the coast or the open ocean. When they encounter a sudden change in weather they may head to the ground, and alert observers may be treated to a locally rare sighting. A couple of decades ago I noticed a sudden September rain shower and stopped by a Hadley field where gulls often sit. Among the common ring-billed gulls was one odd bird — a Sabine’s gull, a bird that would normally not stop here on its way between the Canadian tundra and the rich fishing grounds of the Benguela current along the Atlantic coast of southern Africa. A few phone calls alerted a handful of other birdwatchers who enjoyed a glimpse of this species that might regularly fly high over western Massachusetts but is almost never seen here. After about an hour on the ground this visitor headed off to the southeast, toward the southern Atlantic.

An old folk rhyme, originally about “seagulls,” expresses the relationship between weather and seabirds showing up in unusual places:

When I consider the billions of birds migrating every year, the winds that those birds contend with, and the size of the Earth, I am not surprised that some birds wander out of range and engage the attention of birdwatchers. More interesting from a biological perspective is that most birds manage to stay on course over thousands of miles. What happens to the stray birds? Some of them probably survive and return to their normal range; many undoubtedly die in unfamiliar areas; and a few, especially when multiple members of the same species are blown off-course together, become the founders of new populations.

As this season’s storms pass through, keep a watchful eye out: You might just catch a glimpse of a rare bird visitor.