Hope, joy and the climate crisis

By Monya Relles For the Gazette

At a meeting of the Western Massachusetts Youth Climate Summit team last summer, Clover Hogan, executive director of the group Force of Nature, gave a talk about climate activist burnout. In the ensuing conversation, youth activists told Hogan they felt depressed, anxious, and helpless in the face of the seemingly insurmountable climate crisis.Maybe you’ve experienced this, too: the gnawing knowledge of rising sea levels, melting ice caps and rising temperatures. When I talk about it to my peers it can bring my conversations to a halt, as the people around me contemplate the growing climate crisis. But I still have enough hope to believe in my work and activism. I have enough climate hope to share with my community and enough that I will keep imagining and fighting for a better present.

About five years ago, I was introduced to the idea of climate hope in Naomi Klein’s “This Changes Everything.” The first half of the book offers a deep dive into climate change and capitalism. Sea levels and temperatures are rising; climate change disproportionately affects people already lacking in socio-political capital, including Black and brown people, those without housing, and those living in food insecurity; while the ultra-rich continue to get richer and build policies and infrastructure that exacerbate climate change.

At the turning point of the book, though, in a chapter called “Love will save this place,” Klein introduces hope as an antidote.

She points out that some of the most effective and widespread climate movements in the world have been grassroots movements led by Indigenous women. You’ve probably heard about the Dakota Access and Keystone XL pipeline protests and more recently the protests against the Line 3 pipeline. Each of these protests was started and run by the Standing Rock Sioux, the Anishinaabeg tribe and Rosebud Sioux tribe, among others. 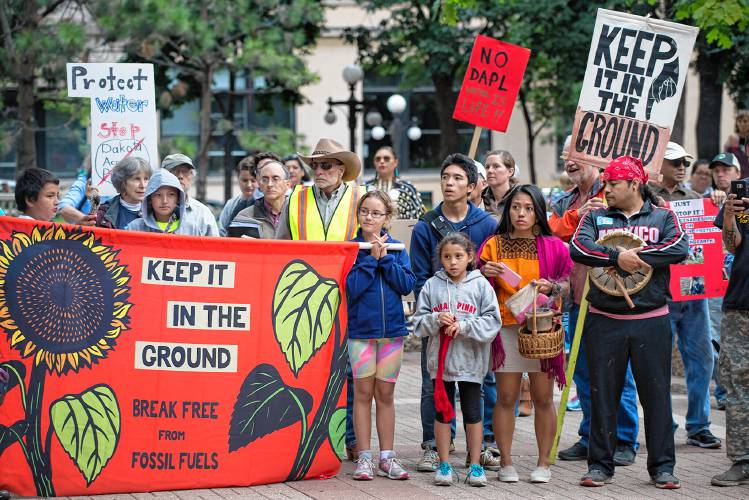 These tribes, along with many other Indigenous peoples, have a long history of resisting organizations and governments larger and more powerful than themselves. Klein talks about the refusal of these activists to bow to governments and corporations in spite of the odds as a form of radical hope, or love.

And the success of these movements is another form of hope. Climate justice won’t come from a superhero or a billionaire. The climate crisis won’t end when someone invents a marvelous machine to take carbon out of the air. We already have something that does that just fine: a tree. Just like a tree can stand as a simple but powerful part of a forest, I can be one of many people fighting for climate justice. I find hope in the idea that a small, organized group of people with a sense of responsibility to each other and to the earth can have a huge impact against powerful forces.

I seek out activist communities to work with, to celebrate with, and to practice solidarity with. I certainly feel hopeful going to marches, sending postcards with my friends, and dreaming of bright futures. Climate hope is much easier with people around me who share my vision.

Another critical element of climate hope is joy. Author adrienne maree brown, in her book “Pleasure Activism,”says that when activism feels joyful, we’re more likely to engage in it, feel purposeful about it, and be able to practice it sustainably.

It can be a terrible thing to acknowledge the reality of Earth wrecked by rising temperatures and tides. But I find joy in dreaming what a future world could look like: no homelessness or poverty, an abundance of food available to anyone who needs it, a government where every person has a voice. This imagining is another part of climate hope.

“I believe that all organizing is science fiction,” brown tells us, “that we are shaping the future we long for and have not yet experienced.

Climate hope isn’t just about joyfully dreaming of the future: It’s about appreciating what I have found joy in today, too. Before writing this I went cross-country skiing across the Ashley Reservoir in Holyoke. The lake stretched out to either side of me, the far end disappearing into swirling snow. The pine trees that stretch softly over the path were pillowed in snow, as my skis glided across the powder. 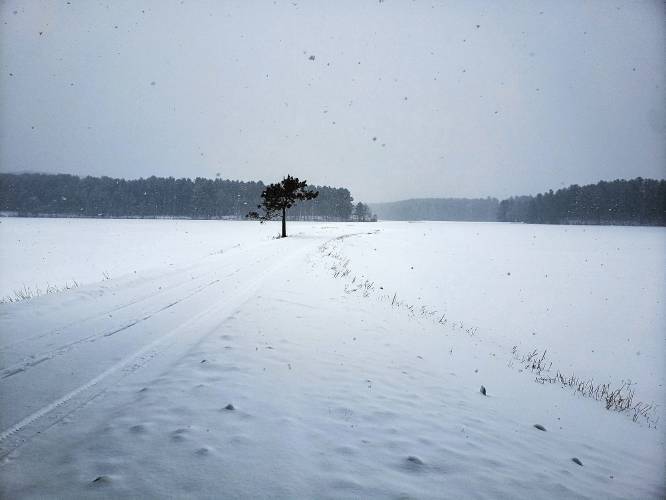 A section of the author’s cross-country ski trail at Ashley Reservoir in Holyoke. CONTRIBUTED/MONYA RELLES

This beautiful experience is a part of climate hope for me, too: the hope that I and the people around me can experience beautiful ski trips around the Ashley Reservoir for years to come.

One day recently while I was teaching at the Hitchcock Center, my 6-year-old students and I found a fallen tree. We started climbing across the tree’s fallen trunk, and I asked them why trees are important. The students had amazing answers: They were fun to climb on, they were beautiful, they made forests, they gave shade. We talked about the carbon cycle, how humans breathe in oxygen and breathe out carbon and trees do the reverse. The students all began puffing out exaggerated breaths. “We’re feeding the trees!” one exclaimed gleefully.

Monya Relles is an educator at the Hitchcock Center for the Environment with a passion for environmental justice. In their free time they can be found hiking, dancing or playing off-key ukulele at the Connecticut River, much to the mortification of people who pass by. The book “Pleasure Activism” is available at several libraries in the area.