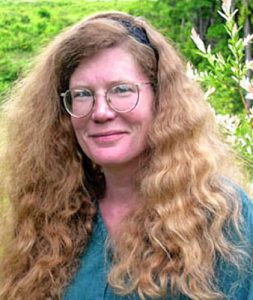 Elizabeth Farnsworth died suddenly at the end of October. I’m certain that anyone who has read even one or two of her many Earth Matters columns shares my sadness of this momentous loss.

As coordinator and co-editor of Earth Matters, I have known Elizabeth since the beginning of the column in the spring of 2009. Ours was almost entirely an email relationship, but that didn’t lessen my admiration and affection for this immensely talented writer, illustrator, scientist and naturalist. Whether I was reading one of her columns, or going over her edits of another author’s draft, or enjoying one of her wonderful illustrations, or just joking about punctuation or grammar, every interaction with her was a joy.

Elizabeth was a prolific and thoroughly engaging writer. I thought that the best way I could honor her in this space would be to share the opening paragraphs from a few of her 29 columns, chosen almost at random. There may be no better way to display her talent than to show how she drew us into her stories. I hope you enjoy them as much as I did in selecting them.

“Ack, there’s another one!” I exclaim, as I reach for the rather homely and lethargic brown bug clinging to my bathroom mirror. You probably know of what bug I speak: the reddish-brown, ¾-inch-long insect with long, flanged legs, antennae to match, and a boxy, somewhat flattened body. The one that, when you squish it or attempt to usher it politely outdoors, emits a strong odor of new-mown grass soaked in Pine-Sol.

This species is one of many insects trying to carve out a cozy niche for itself so it can survive the winter. You may be encountering this and a few other unwanted roommates as you batten down the hatches for the cold months. Let’s learn about a few of our new tiny tenants.

I’m not quite sure when the word “journal” became an optional verb, but my spell-checker accepts the term “journaling” without a hiccup. So, the activity must be acceptable, dare I say mainstream, even if too few of us — as adults, anyway — permit ourselves the time to do it.

Ah, spring in New England: an 80-degree day following a chilly night. After a long winter of hibernation, I am ready to emerge from my den, go for a brisk walk on a favorite trail, breathe the invitingly warm air, and … take a nap!

I love to engage in a peaceful, leisurely celebration of the first balmy days of the season by stretching out in a warm ray of sunshine and drifting languorously off to sleep. Perhaps that sounds under-achieving: Shouldn’t we be cleaning out winter’s cobwebs, mowing the lawn, or planting seedlings? But there will be time for all that activity, after … <yawn> …

Have you seen a moose (and kept a straight face)? My first close encounter with a moose in the wilds of Royalston, took place shortly after we moved here. My husband and I were gazing sleepily out the bedroom window one early morning, admiring the view, when we looked down to catch a bull moose staring directly up at us from the back yard.

“Oh my,” said I, stifling a laugh at this gangly yet strangely magnificent megafauna straight out of the Pleistocene.

By all accounts, I am a space junkie (I suppose that beats being space junk). Gazing skyward gives me a proper perspective on my worldly concerns.

My childhood was enlivened by hours spent watching the first moon landings on a grainy television screen, and I am still stirred by Neil Armstrong’s first words upon stepping onto the lunar surface. I cheer every time we earthlings send a new explorer to far corners of the solar system; most recently, I applauded the landing of the probe called Philae on a comet more than 300 million miles away!

To be sure, not all space missions go smoothly, but they are essential for both understanding our cosmos and fostering international scientific collaboration in a world that often feels long on confrontation and short on cooperation. 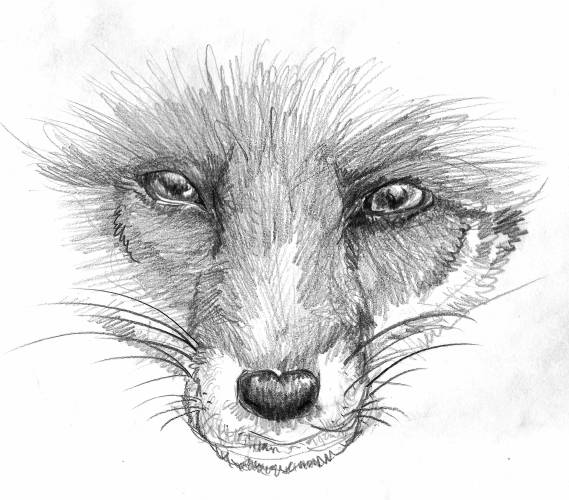 It’s March, and the woods are still drab, except for the wind-tossed evergreens, the landscape mostly cloaked in grays and browns. Today, the brightest member of my neighboring woods is a red fox — a flash of orange, white and black, now vanishing into the middle distance amid the trees.

That fox had been brightening my woods most of the summer and fall, but I haven’t seen her for several weeks. But now this vixen is showing a sure sign of spring: she is on the hunt for food to bring to her kits.

This summer, I’ve had the pleasure to go out often in the field with a close friend to engage in a treasure hunt. No, we’re not geocachers or Pokémon Go players; we’re botanists, and we’re searching for rare plants.

These aren’t your “garden-variety” rare plants; they are populations of endangered or threatened species that haven’t been seen for 20 years or more. Some are known only from very scant records — a terse, scribbled sentence from a botanist who made a discovery but didn’t have time to follow up with details. One, for example, had noted a single yellow lady’s-slipper orchid from a “red maple swamp” in Holyoke, with very few other clues. And you know what? We found it! That single plant has persisted for two decades or longer, holding its own as whole neighborhoods have sprung up around it.

Michael Dover is a former Hitchcock Center board member. To read any of Elizabeth Farnsworth’s columns, visit hitchcockcenter.org/category/earth-matters and enter her name in the search function on the right side of the page. Farnsworth’s wide range of interests are probably best represented at www.mtholyoke.edu/~efarnswo/index.htm; even though the publication list ends with entries from 2015, it is well worth perusing.