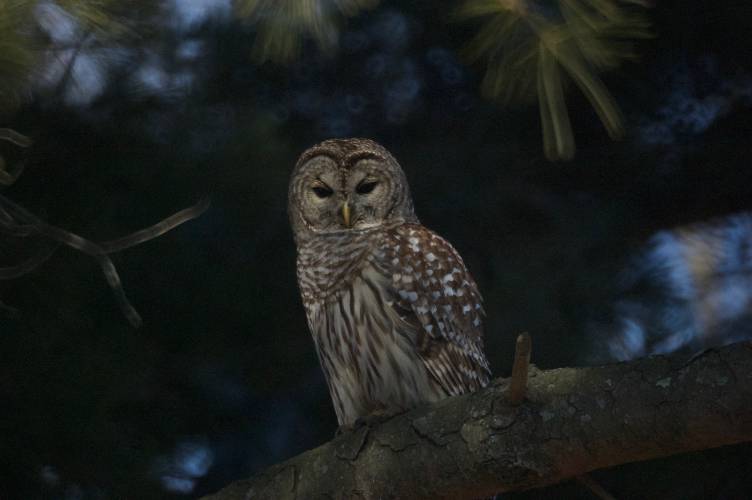 In the first three months of 2019, the author encountered at least 38 barred owls that were out in the daytime. This one was at Wentworth Farm Conservation Area in Amherst, on February 5. Joshua Rose Photo

By Joshua Rose For Hampshire Life

“Irruption” doesn’t sound like an enjoyable event. It sounds like a natural disaster, or perhaps a health problem. But for birders this term describes something that we anticipate eagerly, sometimes waiting years for one.

Many birds breed mainly or exclusively in the far northern parts of Canada. Some species pass through our area annually during migration. Other species spend most winters to our north, and would never come this far south if they had any choice.

However, animals need to eat, and the ecology of boreal habitats is noted for booms and busts. Most years, the north has enough food for these birds to remain there. Every few years, though, either bird populations are higher than usual, or winter food supplies are lower. When food runs low, these species start ranging farther south and sometimes appear in our neck of the woods. This is called an irruption. 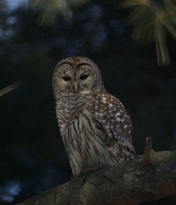 Over a dozen bird species can be described as irruptive. However, they don’t all irrupt southwards in the same years. The reason is diet: They eat different foods, so their supplies usually run low in different years. In the winter of 2018-19,  irruptions of several species coincided.

The largest group of irruptive species is the “winter finches.” Finches’ diet is mainly seeds, which during northern winters means mostly conifer cones and deciduous birch and alder trees. When these trees run out of seeds, flocks of these finches descend on weedy meadows and bird feeders. A few of these species, such as purple finch and pine siskin, breed in Massachusetts in small numbers, but when irruptions take place the number heading south dwarfs our local populations. The red-breasted nuthatch — not a finch but also heavily dependent on conifer seeds — has similar dynamics. Species that don’t breed locally, like the common and hoary redpolls, generate more excitement among birders when they irrupt. Perhaps the most spectacular aspect of this winter’s irruption was evening grosbeaks: big, strikingly colored wanderers that used to visit our state more frequently but have seldom done so in recent decades.

The most unusual of the winter finches are the red crossbill and white-winged crossbill. The name “crossbill” is no exaggeration: The tips of their sharply hooked bills cross over in an adaptation to force apart the scales of conifer cones and feed on the seeds underneath. This extreme specialization lends them not only to irruptions when spruce and fir seeds run short but also to breeding wherever and whenever they find an adequate food supply. In 2001, Massachusetts’ first-ever breeding record for white-winged crossbill involved a bird feeding newly fledged chicks — in February!

A couple of irruptive birds feed on fruit, not seeds. The pine grosbeak eats pine seeds less than the other winter finches; the “pine” in its name refers to its choice of breeding habitat. The Bohemian waxwing is a bigger, grayer cousin of our local cedar waxwing. Bohemian waxwings and pine grosbeaks both depend heavily upon the fruit of mountain-ash trees in winter. When their wild foods run low and they come to our area, they usually gravitate to crabapples.

The irruptions that draw the most attention are by raptors. Their population sizes and movements are mostly determined by the availability of prey: small northern mammals such as mice, voles, rabbits, hares and especially lemmings. These animals’ population numbers typically show big swings from high to low. Deep snow can also interfere with raptors’ ability to capture them. Raptor irruptions often involve mostly immature birds, suggesting that they may occur when a boom of lemmings fuels a successful breeding season, then snow forces these inexperienced hunters to move southward in search of prey. That’s what happened with snowy owls in the winters of 2013-14 and 2017-18. Similar movements happen among rarer boreal raptors like the great gray owl, gyrfalcon and northern hawk-owl, though they only rarely get this far south. This winter featured an astounding abundance of day-hunting barred owls; although this species is one of Massachusetts’ most common owls, the past few months had such amazing numbers of them that many ornithologists believed this was the result of an irruption of Canadian birds.

The far northern ecosystems where these species breed are being impacted by climate change, perhaps more than anywhere else. We don’t know how bird irruption patterns might change. Irruptions have never been predictable, at least not more than a few months ahead of time. Tempering of the climate might dampen some of the boom-and-bust oscillations and make irruptions smaller or less frequent. Tundra species, including the snowy owl, will likely decline in numbers as the permafrost thaw allows forest to spread northward. The cone-feeding finches might increase due to the expansion of forest, or might decrease if their gains in the north are outweighed by losses in the south as deciduous trees spread and replace conifers; or the insects with which they feed their nestlings, such as the spruce budworm caterpillar, might change in abundance even more dramatically than the cones that sustain them in winter. As usual, when it comes to climate change, the questions outnumber the answers.