Marveling at the wondrous power of seeds

Seeds are the beginning of life for so many of the plants that give humanity life: the oxygen we breathe, the food we eat, 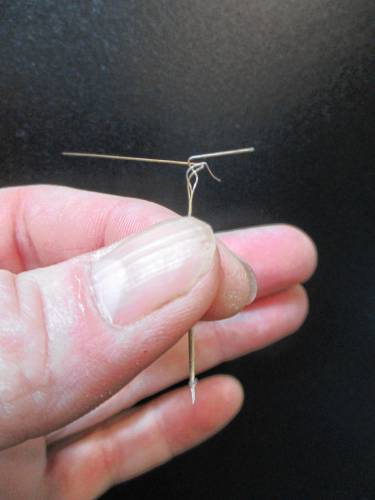 This crazy seed of the rare grass, Aristida tuberculosa, can get around by wind (with its helicopter) and by animal (with its arrow-shaped barb at the base). Elizabeth Farnsworth

the medicines that save us from disease. I am awed by all of nature, but nothing speaks to me of the miraculous so much as a seed.

Consider that the largest tree on Earth, the giant sequoia, germinates from a seed less than ¼ inch long. How can such a tiny package contain all the genetic instructions that will guide the development of such a huge tree? Yet it does so. But a seed does one more important thing for a nascent plant: It gets around.

Why is it helpful for a seed to depart from the mother plant? Shouldn’t a baby plant stay within the protection of its parent? If the parent plant is thriving in its own particular location, wouldn’t the offspring do just as well there?

Well, a growing seedling needs sunlight, water, nutrients and other resources that the parent is currently enjoying. But a tiny plant cannot compete with its elder, so it needs to strike out on its own. Thus, the majority of our seed plant species have evolved adaptations that enable seeds to move out from under their parents’ shadow.

There is an endless variety of ways by which a seed can travel, either alone or encapsulated in its fruit. First, seeds and fruits are notorious hitch-hikers. Any of us who have come back from a hike, only to spend an hour picking burs off our socks, know this. Often, those burs are produced by common burdock (Arctium minus), a plant of the daisy family that is found around the world, and you can see why. The fruit of this notorious species is covered with hooked barbs that grab onto fur or clothing. In fact, the tenacity of those barbs for sticking onto other materials was the inspiration for Velcro.

Another member of this widespread daisy family has seeds that give it the names of “beggar-ticks,” “stick-tights,” or “Spanish needles” (in the genus Bidens). The seeds are topped by barbs that have pointed teeth, much as a fish hook has. Once those teeth lodge in fur or clothing, the seeds will travel just as far as you do until you begin to remove them meticulously, one by cursed one.

Seeds find other ways to exploit animals to transport them far and away. Seeds of many beloved early spring plants in our area, such as violets, wild ginger and columbine, entice ants with nutritious appendages called elaiosomes that cause ants to bring them to luscious soils around their nests. Other seeds actually need animals, such as birds, to partially digest them and dump them elsewhere (even turtles eat and disperse the seeds of aquatic plants such as our native lotus).

Digestive juices help loosen the hard seed coat, enabling the embryo to break free of its bonds, and the nutrient-rich matrix of excrement in which they are bound gives them a head-start. And, of course, squirrels often forget where precisely they buried those oak acorns.

Other seeds also rely on this means of passive dispersal, depending upon other vectors to take them away and beyond. Think of a dandelion, yet another daisy family relative. Have you blown on a rounded, feathery dandelion head and watched the seeds travel into the wind? They take flight easily, the wind lofting their star-shaped, seed-bearing hairs into space. Most will crash-land after a short distance, like the Wright brothers did in their early experiments into flight. Others, however, will randomly take off like a wind-borne 767 and fly much farther.

Seeds also disperse by water, floating along with the currents of seas or rivers, or simply sledding on melting snow riffles. (Birches do this; look for windrows of their seeds in mid-winter.) Perhaps the world-record holders for long distance dispersal by water are coconuts, with large, tough, buoyant fruits that have found their way to the farthest and remotest Pacific islands.

Seeds are not always passive. They can act like ballistic missiles, explosively bounding away from the plant they are borne on when stimulated by touch or moisture. I encourage everyone reading this column to gently squeeze the pod-like fruits of Impatiens (aptly called “touch-me-not”), preferably in the presence of a child or your inner child. Do so, and the outer layers of the ripe fruit will spring open, flinging the seeds.

The capacity of a tiny seed to travel far, germinate and grow into a fully functional plant inspires my faith in the inherent resilience of nature. Eons of natural selection have resulted in countless amazing adaptations for dispersal and plant survival. Next time you load up your bird feeder, take a moment to consider that and admire all those seeds.

Elizabeth Farnsworth is senior research ecologist with New England Wild Flower Society, the largest seed bank in the region, and is curating its collection of seeds from rare plants.