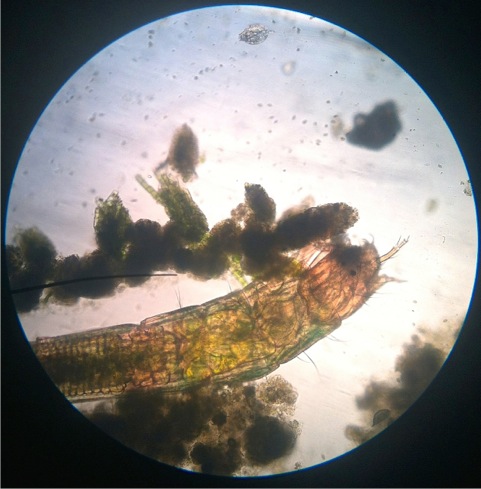 PHOTO BY PATTY O’DONNELL
A bristle worm, one of a large class of annelid (ringed) worms.

Often in life we take the little things for granted. But microorganisms, which are among the world’s smallest creatures, are nature’s workhorses. Aquatic ecosystems rely on a diversity of organisms to consume organic matter and filter impurities from water to maintain healthy habitats. Our constructed water purification systems — from aquaria and pond filters to municipal wastewater treatment facilities — make use of many of the same species to keep our water clean and safe.

Organisms responsible for degradation of organic materials in natural and human-designed systems are quite diverse, including bacteria, unicellular protozoans, ciliates, rotifers, amoebas and nematodes. Some are free-floating, while others attach their “foot” to substrates.

Each species has its own ecological niche or role within the system, but together they function as nature’s decomposers and recyclers.

Wastewater treatment is often unappreciated and misunderstood. Its purpose is to remove organic pollutants from everything that goes down drains and ends up at a municipal facility.

This occurs in several steps that mimic natural aquatic systems. Primary treatment removes pollutants, and involves settling and skimming of solid waste. The by-product is called “activated sludge,” and is composed of a biotic soup of bacteria, protozoa and other microbes called “mixed liquor.” (The activated sludge process, developed in Britain 100 years ago, arose from work at the Lawrence Experiment Station in Massachusetts. This was one of the most important contributions to improving environmental and public health in the 20th century.) Secondary treatment relies on these microbes to eat the remainder of the waste or organic material.

The result is effluent or treated wastewater that is clear, free of pollutants and safe to be discharged into nearby waterways — in our region, that’s the Connecticut River.

Our waste provides the food for the microbes in activated sludge. They play a critical role in water purification and are thus important contributors to the maintenance of public health — not to be taken for granted. Without these sophisticated wastewater treatment processes, we would be at risk of contracting numerous water-borne infectious diseases.

A healthy sampling of activated sludge looks like dirty, brown water — but a closer inspection under a microscope reveals a diverse world of micro-biota. I had the opportunity to observe these organisms firsthand while teaching a Water Cycle program with fifth-grade students in the Holyoke Public Schools last school year. I also observed and photographed microbes I collected from my pond filter. 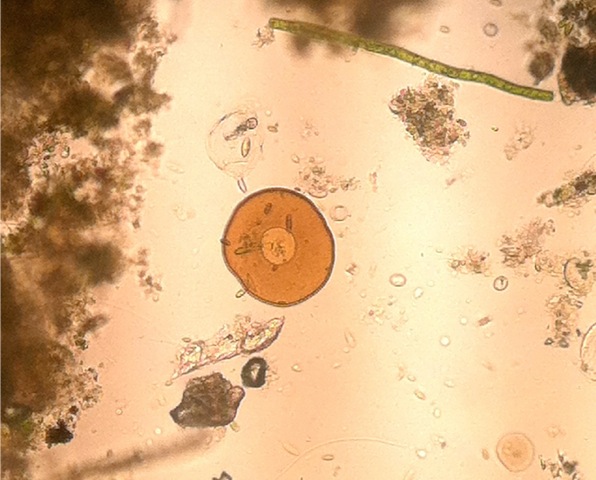 PHOTO BY PATTY O’DONNELL A bristle worm, one of a large class of annelid (ringed) worms. 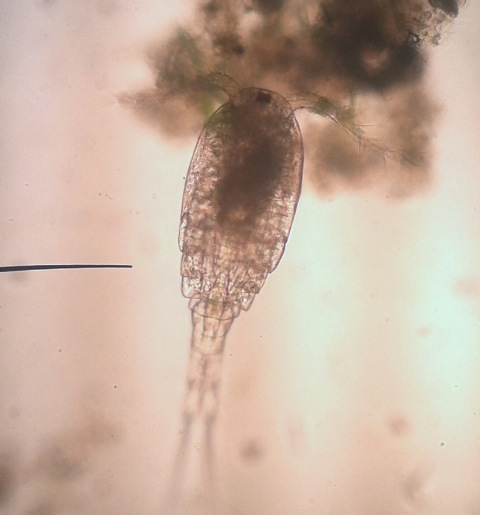 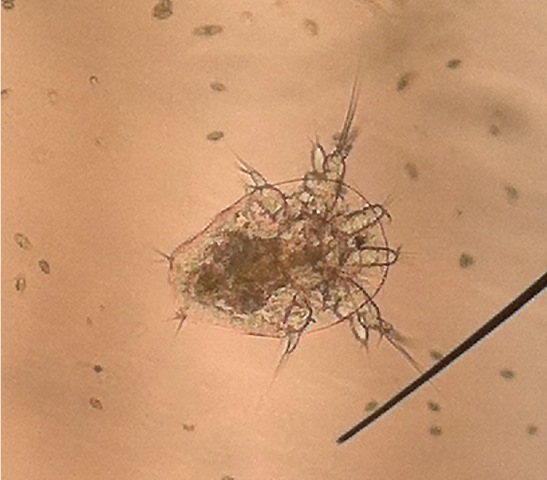 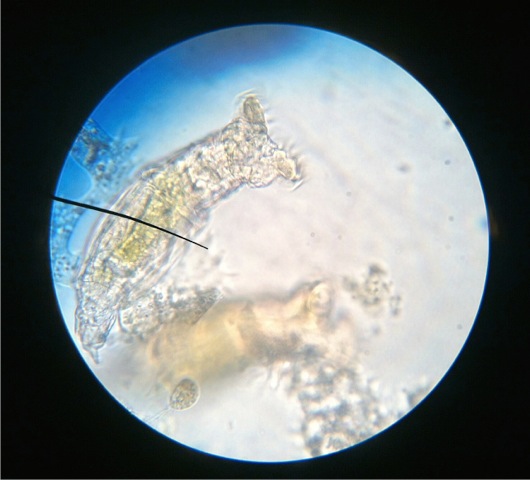 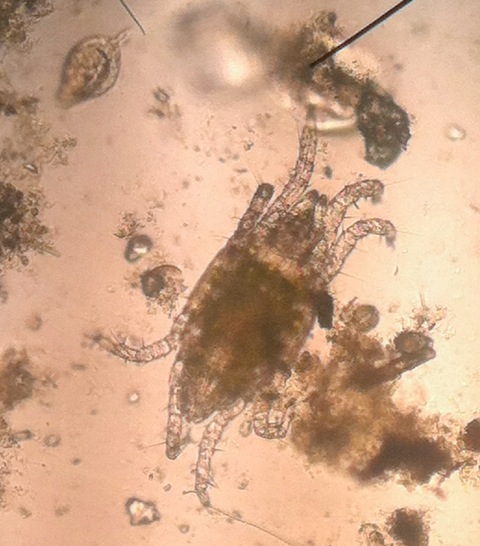 PHOTO PATTY O’DONNELL Mystery – Do you know what this organism is?

My favorites among the multicellular microbes were the rotifers, with double wheels of cilia on their heads resembling spinning circular saws that created a visible current of food particles being drawn into their mouths.

The most challenging to observe were cyclops or copepods — miniature crustaceans related to lobsters and crabs. They hastily darted away from the light of the microscope stage, making capturing their image an exercise in patience! I was, however, able to identify the adult and larval forms of a copepod known as Nauplius.

The creepiest and largest creatures were the annelid (segmented) bristle worms, with hairy, clear bodies constantly eating green algae — observable bits moving through their bodies with the pulsation of peristalsis — and expelled from their posterior, leaving behind a channel that marked their progress.

The unicellular protists include amoebas, ciliates and other one-celled creatures. Their relentless activity is essential to water purification. Amoebas are classified into two groups, naked and shelled. The naked amoebas look like amorphous blobs of protoplasm, extending their pseudopods as they move and engulf food. This movement is actually a response to chemicals in the surrounding water.

The shelled or testate amoebas produce sheaths, also known as “tests” around their bodies.

These tests are made from internal secretions, or accretion of surrounding particles in their environment — similar to the way caddisfly larvae encase themselves using objects around them as a means of camouflage. The Arcella species I observed looked like a slow-moving doughnut, with barely perceptible pseudopods. This species is common in waters with high concentrations of organic material, and in pond-bottom sediments.

Stentors are ciliates, once dubbed “trumpet animalcules” for a good reason. Their elongated bodies are fluted at the anterior end, ringed in beating cilia, which draw food into their gullets.

Regardless of their diminutive size, the diversity and adaptations of these amazing microbes are mesmerizing. All of them play a vital role in the breakdown of organic pollution in natural systems, and the biological processing of human waste, ensuring the purity of our water supplies both for ourselves and other species. So if ever you have the opportunity to peer through the lens of a microscope at a drop of water from a biological filter, or a pond, you will not be disappointed. Perhaps while you’re at it, you might want to say a word of thanks for all the work they do. It’s a small world after all!

Patty O’Donnell is an environmental educator at the Hitchcock Center for the Environment. For more information about aquatic microorganisms and to view pictures of them, visit these sites: The Micropolitan Museum, Micrographia, Microbus.

5 responses to “Nature’s water purifiers: The “bugs” in wastewater treatment”