On nature’s resilience and recovery and a sense of optimism 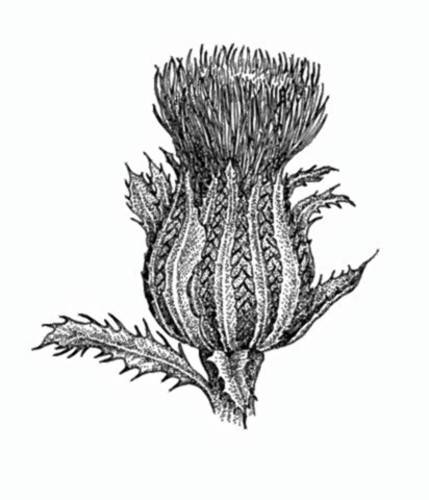 This summer, I’ve had the pleasure to go out often in the field with a close friend to engage in a treasure hunt. No, we’re not geocachers or Pokémon Go players; we’re botanists, and we’re searching for rare plants.

These aren’t your garden-variety rare plants; they are populations of endangered or threatened species that haven’t been seen for 20 years or more. Some are known only from very scant records — a terse, scribbled sentence from a botanist who made a discovery but didn’t have time to follow up with details. One, for example, had noted a single yellow lady’s-slipper orchid from a “red maple swamp” in Holyoke, with very few other clues. And you know what? We found it! That single plant has persisted for two decades or longer, holding its own as whole neighborhoods have sprung up around it.

All these rediscoveries have gotten me thinking about how resilient even delicate species such as orchids can be in the face of change. So often we hear about the extinction of species, the wholesale destruction of habitats, and the relentless march of climate change. Some days, it’s all we can do not to throw up our hands in despair. So you might wonder why anyone would choose a career in conservation biology, a discipline that some have wryly termed the next “dismal science” (after economics).

Perhaps I’m a hopeless optimist, but I couldn’t get out of bed in the morning and do what I do if I thought the natural world was destined for doom. Sure, I’ve seen some populations of plants paved over, but I’ve seen others pop up just when I was certain they were gone for good.

Some orchids, for example, completely disappear from sites, disappointing us year after year when we try to find them. It turns out that orchids can go dormant for a decade or more, only to re-emerge in response to some natural cue that we have yet to understand.

Other orchids, such as the small whorled pogonia, revive when we give them a little help. One New Hampshire population of this endangered species was getting shaded out by a thickening forest canopy. When the trees were thinned to allow in more light, the plants began to flower vigorously and their numbers have rebounded.

A tiny alpine rose species, Robbins’ cinquefoil, made a stunning comeback when botanists collaborated to propagate its seed and reintroduce it into its White Mountain home. A species can return, if you give it half a chance.

Some species even thrive on being disturbed. The rare sandbar willow takes root on shifting cobbly substrate that periodically gets scoured by major floods and ice dams. Those same deluges that wipe out the willows’ ephemeral populations transport its seeds around the river, where they sprout and colonize another beach. These wily willows don’t compete well with other dense vegetation; thus, they rely on the river itself to open up spots of new habitat up- and downstream.

Other plants depend on occasional fires that reset the successional clock in a community, particularly in dry, flammable sandplains (such as the Montague Plains in our area) and heathlands. Pitch pines can recover — even from a fire that apparently kills the tree — by re-sprouting from their trunk. The heat of a fire also pries open their cones, allowing their tightly held seeds to be released.

Conservation biologists making judicious use of controlled burning have witnessed many a sandplain burst into bloom with rare wild lupines and other wildflowers. It’s our New England equivalent of a desert greening after a sudden cloudburst.

Even as curious botanists track down obscure, old records of rare plants, entirely new populations are being discovered. I was recently contacted by a gentleman in Connecticut who came across hundreds of blooming stems of purple milkweed, a species that is regarded as rare or even extinct in four New England states. He fortuitously discovered one of the largest known stands of the plant in this region.

Milkweeds are much in the news these days because of their importance to the declining monarch butterfly, so such a find is really significant, even a cause for joy.

In this column, we mostly celebrate the wonderful, wild and occasionally wacky species that make up the colorful web of Valley biodiversity. Sometimes, though, we lament their loss and the many threats looming over them. It’s important not to lose sight of the havoc humans can wreak on the world around us, and to issue a clarion call for action. But it’s also vital to keep hope in our hearts; optimism is the catalyst that spurs us to act.

I also like to take the long view on the cycle of life. Eastern hemlock has taught me that lesson. Today, we’re seeing hemlocks being decimated by a tiny, woolly bug and we worry for the trees’ future. But the pollen record shows us that some 5,500 years ago, hemlocks all but disappeared from our area, only to regain their forest dominance over the next millennia. In the fullness of time, and with our help, even the most seemingly imperiled species can teach us the meaning of resilience and recovery.

Elizabeth Farnsworth, something of a rare bird herself, is senior research ecologist with New England Wild Flower Society.