Saved by the soil: Climate change and the earth beneath our feet 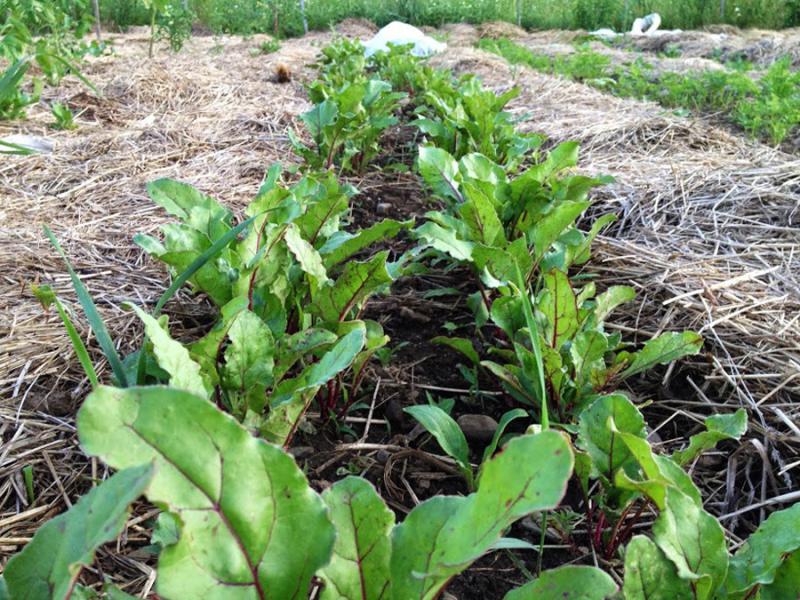 Rebecca Reid Mulching instead of tilling helps maintain soil structure and microbial activity, and reduces emissions of carbon dioxide from the soil to the atmosphere.

By Betsy Krogh For the Gazette

The challenge of climate change presents a dizzying array of choices and obstacles to consider as we try to develop global solutions. As an activist and a gardener, I’ve been heartened to know that part of the answer lies right beneath my feet: the soil.

With good reason, our attention has focused mainly on reducing and eventually ending the burning of fossil fuels. They account for the largest source of carbon dioxide (CO2) emissions into the atmosphere. But our land-use practices also contribute to the problem. Since 1850, over one-third of the excess CO2 in the atmosphere has come from deforestation and agricultural practices such as tillage.

The atmosphere is only one of several reservoirs, or “sinks,” that absorb CO2. Oceans are another, but both are dangerously overloaded. In the air, CO2 is the principal cause of global warming; in the oceans, dissolved CO2 causes increased acidity that threatens sea life around the world.

The third major sink is one we hear less about: the land and the living things on it. The UN panel on climate change estimates that, in the 1990s, almost as much CO2 was absorbed by this terrestrial sink as by the atmosphere, and it can readily take in more without harm.

Soil scientist Rattan Lal of The Ohio State University sees significant potential for relying on the terrestrial sink to “sequester” atmospheric CO2 in the soil, a process in which plants remove the gas from the air and the carbon is stored as organic matter. Regenerative agriculture and carbon-conscious land-use policies can put carbon buildup into reverse. Along with making energy efficiency improvements and rapid reductions in emissions, we can begin drawing down excess greenhouse gases, and putting the carbon back where it belongs.

To do this, farmers, gardeners, consumers and policy makers need to understand a little about plant and soil biology.

The bodies of all living beings are made up of carbon molecules. During photosynthesis, plants take in carbon dioxide from the air, use it in making sugars, and release oxygen back into the atmosphere.

But plants don’t live by CO2 alone. They need lots of other nutrients, most of which are present in rocks, stones, sand and clay, the base materials in soil around the world. Plants can’t access these mineral nutrients without the help of the microbial populations that make up healthy soil.

Plants and soil microbes have co-evolved an amazing system over the eons. Plants exude carbon-rich sugars from their roots that attract and feed microbes like soil bacteria and fungi. Meanwhile, other microbes dissolve the basic materials of the earth (rocks, sand and clay) with acid enzymes and have all these minerals incorporated into their bodies. The abundance of bacteria and fungi in the soil around plant roots attract other microorganisms that eat and excrete these nutrients in a form accessible to plants.

But how can healthy soils and plants capture and then sequester excess carbon from the atmosphere? How can carbon be kept in the soil in a form that won’t just be consumed, excreted and exhaled by soil microorganisms?

Healthy soils are made up of soil aggregates groups of particles that strongly bind to each other. These aggregates create protected areas around plant roots where bacteria and fungi and other microorganisms live, feed and trade nutrients with plants. Under the right conditions, microorganisms in soil aggregates transform liquid carbon exuded from plant roots into humus, an organo-mineral complex composed of about 60 percent carbon, and not easily broken down further by microbes.

Scientists are still trying to understand the exact way that stable soil carbon or humus is formed, but they know that soils can hold up to 6 to 20 percent organic matter that is not consumed and emitted, but just serves as a reservoir of carbon. We do know, though, how to build deep and healthy soil and how to trap more carbon in the soil and plants than is released by the biological processes of life.

Julie Rawson, farmer and executive director of Massachusetts Northeast Organic Farming Association, says the most important thing we can do is to keep a diverse mix of green plants growing, and covering the soil for as many months of the year as possible.

“Microbes are the agents that sequester the carbon, and when there are no plants, they go dormant or die,” she said in an interview. “It is good to add compost and mulch, and these sources of organic matter increase usable carbon in the soil. But to store carbon in a stable form requires living plants and soil microbes and the mutually beneficial interaction between them.”

Thomas Akin of the USDA Natural Resources Conservation Service in Amherst agrees. In addition to keeping living roots in the soil for as much of the year as possible, by planting cover crops or perennials, he says farmers and gardeners should also reduce tillage and plowing as much as possible, to allow living plants and roots to continue pumping carbon into the soil.

This Thanksgiving, let’s all give thanks for the amazing capacity of plants and soil microbes to remove carbon dioxide from the air and store it in the earth.

Betsy Krogh of Amherst is a gardener, permaculture practitioner and climate activist who, with her husband, Nick Grabbe, writes a blog on simple living at Adventures in the Good Life where she has written about this subject in more detail. Read Rattan Lal’s paper on carbon sequestration in soil here.