Sights and sounds of the seasons: A Texas immigrant’s experience 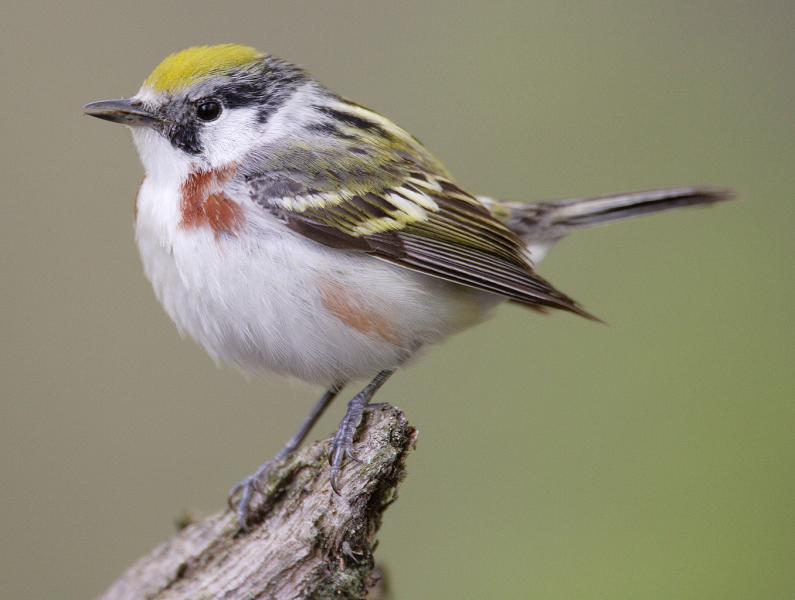 When most folks imagine retirement, they usually think of a move to a warmer climate.

However, some of us have gone in the opposite direction. Yes, it is a long way from Texas to Massachusetts, both in distance and climate, but there are many of my old Texas wildlife friends here, often doing things differently than they did down south.

Being a bird-watcher, I naturally gravitate toward feathered forms of wildlife. Their incredible journeys are a wonder of the natural world. Living in the Houston/Galveston area placed me along a migratory flyway that allowed me to witness those journeys and experience an incredible variety of bird life. Moving here has allowed me to encounter these creatures in a new way — through their songs, since birds rarely sing while they are migrating.

Many of the birds found in western Massachusetts in spring and summer make their way north from the New World Tropics for their breeding season here. Amazingly, many of these small creatures fly across the Gulf of Mexico from Mexico’s Yucatan Peninsula to the coasts of Texas and Louisiana — a journey of more than 500 miles over the open ocean. They have no place to rest, feed or drink along the way, and they arrive on the U.S. coast weary and hungry. Even the diminutive ruby-throated hummingbird undertakes this rigorous and demanding journey. How much more remarkable this tiny bird seems to me now, knowing where it has traveled and what it has endured to arrive in New England.

All of us enjoy the songs of birds, but of course they don’t sing for our pleasure. They sing for their own purposes — an ancient and true behavior that has served them well for many millennia. Migrating birds that nest in the southern U.S. hit the coast ready to set up housekeeping and breed. They sing their nesting songs to establish territory and attract a mate. However, those that travel to New England still have a long journey ahead and sing very little along the way. Bird-watchers who visit or live in the south may enjoy the sight of innumerable migrating birds, but miss out on the vocalizations that many produce. When migrating birds arrive at their spring nesting areas in the eastern U.S., they begin actively singing their nesting songs and claiming a territory in which to raise a family.

Having only seen them en route before I moved here, the songs of many northern nesting species were unfamiliar to me. One of the greatest pleasures I have had in New England has been getting to know the voices of the rose-breasted grosbeak, scarlet tanager, chestnut-sided warbler, bobolink and other old friends who are only seen for a few weeks each year in Texas and not often heard.

And then comes winter. The New World tropical migrant bird species depart with their young for warmer climes for the winter, but an entirely new group of birds settles in New England, many of them almost never seen in Texas. These birds nest in the far north and Massachusetts winters are relatively tame in comparison to their northern nesting areas. They have no need to travel farther and so we have a chance to see and enjoy them.

Take the snow bunting. This small, mostly white bird (handy for keeping out of sight in the snow) prefers the open fallow fields and airports in the Pioneer Valley. The ubiquitous dark-eyed junco, another winter bird in Massachusetts, is a small seed eater seen in large numbers here in the winter months. I find myself in awe of the ability of these small creatures to survive the harsh realities of winter, an undertaking that is perhaps as arduous as some migratory journeys.

Yes, bird-watching in winter brings its special challenges. But, as a Norwegian friend once told me (and I now understand all too well), “There is no bad weather, just bad clothes.” Standing in below-zero temperatures at the airport in Northampton to see my first snow bunting was worth every shiver.

And so the cycle of the seasons returns. After a lifetime of living at the crossroads of major bird flyways, I have now lived four seasons in Massachusetts. This new migrant has delighted in the sights and sounds of birds in New England and the special gifts they bring us in every season. I’m here to stay.

George Regmund is a field biologist and nature educator, who recently retired from Armand Bayou Nature Center in Texas, where he worked and led bird field trips for 37 years.

One response to “Sights and sounds of the seasons: A Texas immigrant’s experience”