The dragons of spring 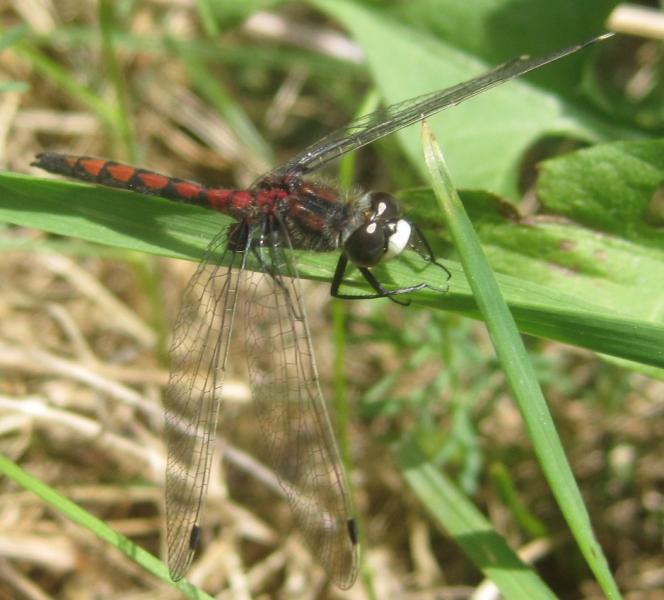 Every person has his or her own way of recognizing the coming of spring — the first robin on the lawn, newly emerged skunk cabbage, the first spring peepers calling, or perhaps the “big night” when the salamanders migrate.

For me, spring is not really in full swing until the dragonflies start flying.

Dragonflies are most numerous during the summer. However, certain species come out earlier; some can be seen only in the spring, their flight seasons starting in late April or early May, and finished by mid-June. New England is renowned among dragonfly enthusiasts as being the southernmost area that some of the rarest of these early flyers, the “boghaunters,” are seen. The ringed boghaunter is a rare species globally, found only in eight U.S. states, and listed as threatened in Massachusetts. The ebony boghaunter is slightly more widespread, ranging into several Canadian provinces as well as seven U.S. states, but on the Bay State’s endangered list. Both breed in peat bogs and other wetlands rich in sphagnum moss. Between their fragile habitat, their narrow distribution, their short flight season, and their rarity even in favorable places and times, the boghaunters are a prized discovery for dragonfly-watchers.

The boghaunters are not the only dragonflies restricted to springtime flight. Another species you can see this season is even named the springtime darner. One genus of early-flying species is named the corporals because they have shoulder stripes reminiscent of military insignia. The whitefaces are an early spring species in our area, but can be found through the summer up in Canada or at high elevations in the mountains. A few species of the many clubtails and nearly all of the baskettails fly almost exclusively in the spring as well.

I find it frustrating, however, that most people often behave as if dragonflies exist only in four-winged flying form, the airborne mosquito-eaters. Even some fairly knowledgeable naturalists act like there are no dragonflies around until they see one flying. Far fewer know about dragonfly larvae. Most dragonfly species spend far more of their lives as larvae than as adults; larvae are around throughout the year while adults only fly during the warmest months. But adult dragonflies fly about in front of us, and are frequently brilliantly colored, making many species easy to identify in the field. Dragonfly larvae, often called nymphs or naiads, live underwater where we might never see them without using a dip net, have cryptic coloration which makes them difficult to see, and are generally difficult to identify without some sort of magnification.

But what’s a little dull coloration when you are jet-propelled? Normally dragonfly larvae creep slowly across the bottom or plant stems, but when they get alarmed, they squirt water out of their abdomen, and shoot off through the water like a little rocket. This is made possible because the nymphs breathe through their … butts. Their gills are located inside their abdomen, so they need to take water in through the rectum for the gills to extract oxygen, and then squirt the water back out the same way to dispose of their carbon dioxide. When calm they do this slowly, but if they push the water out forcefully enough, off they go. 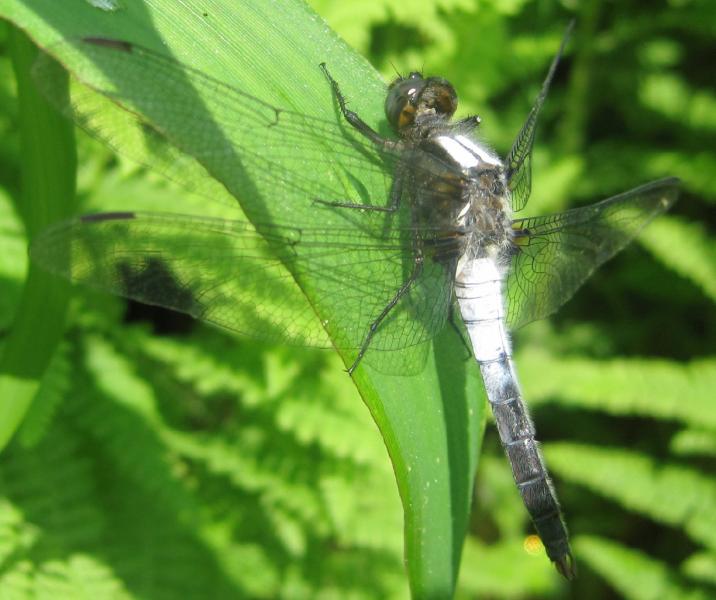 And there’s more! Maybe you’ve seen the “Alien” movies, which involve creatures with one large, fairly normal mouth that is part of their head, but then a surprise smaller mouth on a stalk that can suddenly spring out and grab things.

Dragonfly larvae have that, too. Specifically, there is a part of the exoskeleton called the labium, which in most other insects — including adult dragonflies — is analogous to a lower lip. But in dragonfly larvae, this structure is greatly elongated, has a hinge or elbow in the middle, and a set of jawlike structures at the end. When some other aquatic creature passes within reach, this weapon springs out, snaps up the prey and pulls it in to the dragon’s real mouth to be chewed up and consumed. Victims regularly include worms, other insects, larval amphibians and even small fish.

Eventually this fascinating aquatic stage of life concludes. This is probably the single most dangerous time in a dragonfly’s life. The larva crawls out of the water, usually just a foot or so up a rock or plant. Then its skin splits open, and the adult dragonfly pulls itself out. Much like a butterfly emerging from its chrysalis, the wings of the newly emerged dragon are fragile, wrinkled and useless for the first hour or three. The dragon pumps blood into its new wings to straighten them out, and waits for them to dry and for its flight muscles to strengthen until it can finally fly. That is, if it lives that long. During that waiting period it is a sitting duck; easy prey for, well, ducks. And many other birds, frogs, spiders and all sorts of other predators.

A few dragonflies survive all this. A few of them live long enough to fly. Any day now, if you are looking in the right places, you might be lucky enough to see one.

One response to “The dragons of spring”