‘Tikkun olam’: An ancient expression for our time 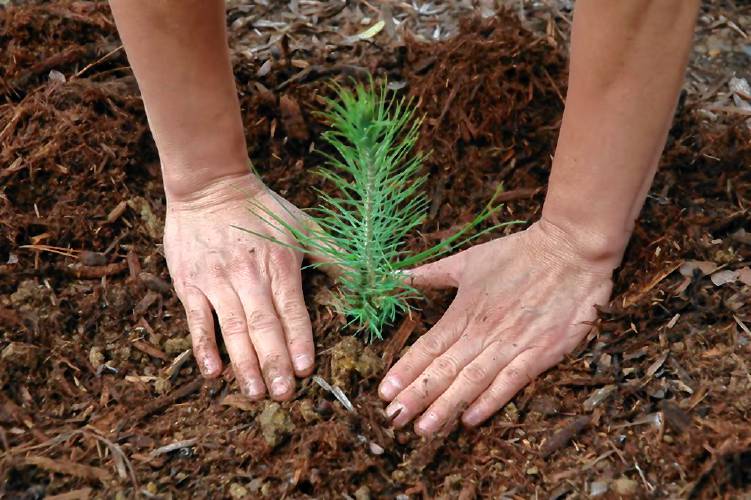 By Benjamin Weiner For the Gazette

At Ellis Island, years ago, I was struck by an exhibit listing some of the contributions made by immigrant languages to American English, though I realize now that at least two important Jewish offerings went unrecorded.

The more colorful of my ancestors’ Yiddishisms were probably deemed unfit for inclusion in a family museum. But the other gift I’m thinking of, Hebraic, has more dignity and has more recently entered fully into the specialized vernacular of social activism.

Joining the ranks of global terms like “ubuntu” (a Nguni word often rendered as “humanity to others”) and “satyagraha” (Gandhi’s Sanskrit coinage meaning “insistence on truth”), the phrase “tikkun olam” has become so widespread that I once heard a quip about a young activist wondering if there were a way to say it in Hebrew.

It literally means repair (tikkun) of the world (olam), a fitting motto for a variety of struggles, particularly those environmentalist campaigns in which the intended fixing of the world is meant concretely. But something is lost in translation.

What seems at first glance little more than a bumper-sticker slogan gains depth, and a more nuanced applicability to present dilemmas, when we understand where it comes from.

The words themselves were first mentioned in the Mishnah, the seminal 2,000-year-old compendium of Jewish law. But the concept really dates from the 16th century, when it was reformulated by Rabbi Isaac Luria, a mystical teacher in the city of Safed, in the north of what is now the State of Israel. Luria is best known for his radical interpretation of the Biblical creation story. Instead of the orderly process outlined in the first chapter of Genesis, the weeklong fashioning of the cosmos that God repeatedly declared to be “good,” Luria saw creation as a kind of catastrophe.

The vessels of matter that God had prepared to receive divine substance proved too fragile. When infused, they shattered, radiating holy sparks throughout the chaos of a ruptured world. It was the goal of mystics to discern the presence of these sparks, wherever they could be found, and draw them back into wholeness through the performance of focused actions. Luria’s name for this task was tikkun olam.

His innovative practice arose out of a worldview that was relatively common among metaphysicians: the notion that the human being was a microcosm, a miniature version of the universe. For Luria, this meant that the divine and human realms existed in a reciprocal relationship. Though we continued to suffer because of the wound that God’s cosmos had sustained at its inception, we were empowered, as individuals, to gather up the holy sparks that came to hand, in the belief that to heal the self was, ultimately, to heal Creation.

Tikkun olam, as a rallying cry for modern Jewish activists, is considerably secularized, the intricacies of mystical theology having been smoothed out to the generic sense of a religious imperative to do good. But I think it is worthwhile to continue viewing it as a specific concept — a modified version of Rabbi Luria’s doctrine — particularly when applied to the challenges of climate change and related forms of ecological degradation.

Whether or not we believe in his cosmology, we must see ourselves as living in the wake of a comparably destructive creation: the advent of industrial civilization which, despite its evident blessings, has thrown the natural world — the true ground of our being — into frightening chaos.

If we frame our response as a mission to gather the sparks, to discern and undertake the focused actions that might bring healing, we can remain motivated, even while accepting that our only means of responding to the grand and the overwhelming lies within the little sphere of our lives.

Alongside this empowerment, however, I also discover in Luria’s thought the ability to name something tragic. His reciprocity between the cosmos and the microcosm works both ways. Even as we heed his call to fix the world with our small actions, we must recognize that the illness of the world infects our consciousness, and this, too, is deserving of attention.

In addition to the existential dread, how do we cope with the sheer imaginative turmoil of a world that is losing its ice and its coral, in which features of topography that we took for bedrock reality are inexorably changing?

If we are to remain sane enough to move forward, we must also meet this heartbreaking component of the crisis with its own tikkun, a spiritual capacity to recognize that our planet is shattering and, like it or not, it must be mourned and re-envisioned. Because, like my ancestors at Ellis Island, we are standing at the portal of a new world, and if we lack their boundless optimism, we must nonetheless strive for their conviction and endurance, cobbling together, out of the shards and terms available to us, a broken language of courage, grief and inspiration.

Benjamin Weiner is the spiritual leader of the Jewish Community of Amherst.