To solarize — or not? There are several routes to choose 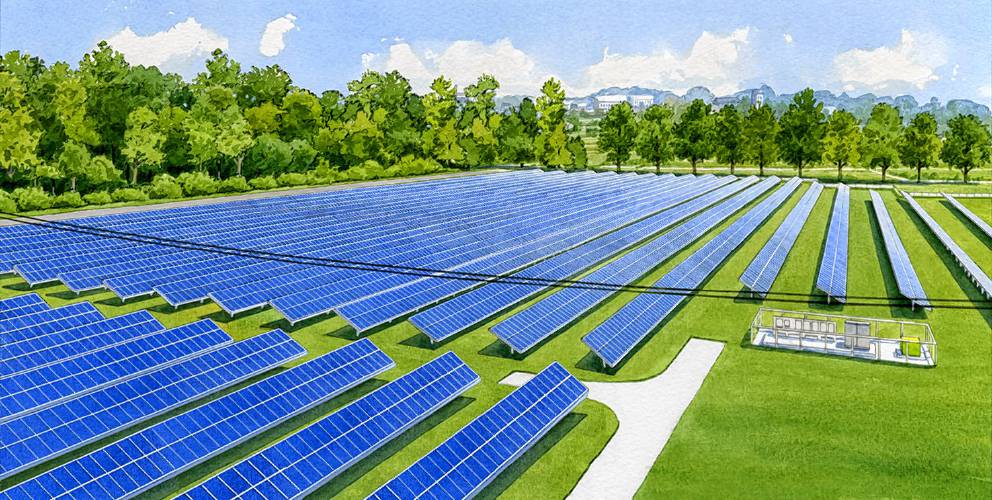 In the fall of 2015, I wrote an Earth Matters column on envisioning a fossil-fuel-free Massachusetts. I cited an analysis by the nonprofit Solutions Project that projected the likely mix of renewable energy sources from wind, water and the sun that together would eliminate the need for fossil fuels in the state.

The study surprised me: It said the biggest source (55 percent) would be offshore wind power, followed by 23 percent from commercial PV plants — industrial-scale solar generation facilities, or “solar farms.” Rooftop solar, including residential and commercial/government rooftop PV, would provide a mere 7 percent of the Commonwealth’s energy needs.

The likely reason for this low number is that there aren’t enough suitable rooftops to provide more. Not all rooftops are usable for solar. They may lack the right orientation to collect enough solar energy. They could be shaded from the sun by trees or other buildings for too many hours of the day. Or they might not be able to hold the weight of an array of solar panels.

Those are just the technical challenges. About one-third of Massachusetts homes are not owner-occupied; renters can’t invest in PV systems on homes they don’t own. And some of those homeowners live in condominiums, and don’t own the roofs on their units.

Plus, even with government incentives and financing options, many homeowners can’t afford the cost of PV systems.

These are all issues of equity: access to solar power shouldn’t be limited to those with cash enough to pay up front, or the income to make the payments on loans or leases.

If Massachusetts is going to become fossil-fuel-free, we need to build our capacity for commercial PV — that 23 percent. Consumers can play an important part, using their purchasing power to help create the market for commercial-scale solar energy generation as they have by expanding the market for rooftop solar.

The simplest way to do that is to buy our electricity from a renewable-energy source. For instance, the nonprofit organization Mass Energy supplies electricity from wind, solar and hydroelectric sources. It costs a few pennies per kilowatt-hour over Eversource’s or National Grid’s rate, amounting to a few dollars per month. The more people who buy their power from these sources, the more the producers can invest in additional capacity. Because Mass Energy is a nonprofit, that surcharge is tax-deductible.

One important caveat: A number of for-profit companies are marketing themselves as providing “green energy” at a low cost. Be sure to research these companies and their claims carefully. Some have been engaging in deceptive practices, such as steep price hikes after an initial “teaser” rate, tied to binding contracts that end up costing far more than the customer was led to expect.

Another route to renewable energy entails local government joining the move toward “municipal aggregation,” in which the town or city contracts with a supplier to provide electricity to all or most of its residents. As part of the bidding process, municipalities can require that energy be from renewable sources. Leverett, where I live, did just that. Most of our power will come from wind, but another supplier could have offered electricity from solar farms instead of or in addition to wind or hydro.

Another alternative for encouraging growth in large-scale solar is to sign up with a community solar project. Unlike municipal aggregation, community solar often offers the opportunity for ownership in the form of shares in the overall project. Share owners are eligible for the same tax incentives as owners of home PV systems. Those who can’t or don’t want to buy shares can subscribe to the system, paying a monthly fee that’s part of their electric bill. Generally, community solar electricity is competitive with the utilities on overall cost to the consumer.

What’s the best choice for you? There’s no one answer, and that’s a good thing. If you can afford panels on your roof or in your yard, that’s great. Government incentives can help bring this option within reach for more people. If you can afford an extra $10 or $15 a month to buy power from renewable sources, a program like Mass Energy’s might be right. Maybe your town is already at work on municipal aggregation. If it specifies renewables in the contract, you may have green energy delivered to your house for the same price as, or less than, what you’re now paying your utility. And community solar could provide you with all the solar power you need without having a single panel on your property.

The important thing is to participate in whatever way you can in the transition to energy from wind, water and the sun. The world needs this transition to happen on a massive scale, and consumers like us can help bring that about.

Michael Dover is a retired environmental scientist and former member of the board at the Hitchcock Center for the Environment.