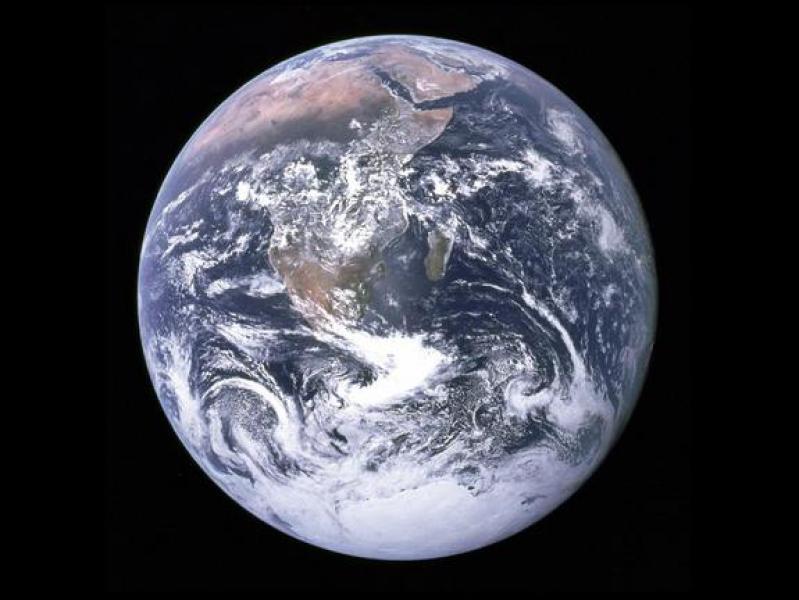 The latest report of the Intergovernmental Panel on Climate Change has reminded me yet again that no “Earth Matters” are more pressing than climate change.

Earth’s systems are responding to anthropogenic (human-caused) increases in atmospheric carbon dioxide and, the report warns, no area of the world is likely to escape the consequences.

A guiding principle for understanding the complex interactions of Earth’s systems is the Gaia Theory — co-developed beginning in the mid-1970s by the British atmospheric scientist and chemist James Lovelock and the late Lynn Margulis, who was Distinguished Professor of Geosciences at the University of Massachusetts Amherst.

The Gaia Theory posits that the biosphere (the totality of life on the planet) maintains conditions suitable for the continuation of life through complex interactions among the living and non-living components of Earth’s ecosystems.

However, understanding these interactions is challenging. Changes in one part of the planetary system can have repercussive (feedback) effects on the rest of the system.

The systems of the human body provide a useful analogy. Our bodies comprise a complex network of feedback loops — continually interacting, responding to inputs, and adapting accordingly — to keep us in balance. Our cardiovascular, respiratory, digestive, nervous, endocrine, musculoskeletal systems all work together to maintain health and life.

For example, our bodies are designed to function within a narrow temperature range: our internal temperature is maintained very close to 98.6 degrees Fahrenheit. Prolonged departure from that norm — hypothermia or hyperthermia — can kill us. The process of maintaining physiologic balance is referred to as homeostasis, and is vital to our survival.

Similarly, Earth’s systems — the biosphere, atmosphere, hydrosphere and geosphere — constantly interact and respond to change, maintaining environmental conditions such as temperature within certain limits — a dynamic equilibrium. But climate models show that anthropogenic increases in atmospheric CO2 are disrupting that equilibrium, creating an amplification effect that causes global temperatures to rise.

Virtually all climate scientists today agree that CO2 emissions are affecting the function of Earth’s systems profoundly enough to change the dynamics that drive climate. The evidence is present in the disappearance of sea ice, retreat of glaciers, a rise in sea level, increased severity of tropical storms, increased occurrence of droughts and increased spread of vector-borne infectious diseases, to name a few.

Skeptics may claim that the Earth has endured such fluctuations in the geologic past, but the data say otherwise. Analysis of gas bubbles trapped in ice core samples extracted from locations around the globe suggests that increases in atmospheric CO2 since humans started burning fossil fuels in the mid-1800s are well beyond natural fluctuations for the last 800 million years. Throughout most of Earth’s history, CO2 levels varied from 180 to 280 parts per million. Since the Industrial Revolution, these levels have risen rapidly to almost 400 ppm. (For more information, visit the National Oceanic and Atmospheric Administration website, www.ncdc.noaa.gov/ indicators).

Gaia Theory tells us something else: Earth as a planetary ecosystem will survive and reach a new equilibrium once we stop increasing carbon dioxide levels in the atmosphere. We’re already seeing evidence of species adapting to a warmer world.

Plants and animals are shifting their geographic ranges and altering their behavior. In a new, post-fossil-fuel world, some of those species may still be here, with or without humans. The question that Gaia poses is whether Earth will be habitable for us.

The evidence that climate change is happening now is unequivocal. We are no longer in the debate stage. We are in the “What are we going to do about it?” stage. As dire as the prognosis may seem, there are reasons for hope.

First and foremost, we must trust in our humanity and ingenuity to inspire and guide us as it has over the eons. As sentient beings, we must question our role in the world, and become more responsible environmental stewards. The potential of the human spirit is not quantifiable; in effect, it is infinite.

We must commit to shifting our energy economies away from fossil fuels towards sustainable alternatives. The 2014 IPCC Report noted that since the release of its 2007 report, costs of renewable energy sources have fallen, making large-scale deployment more feasible. Likewise, many countries, states and cities are adopting climate policies.

We must recognize that as predictive as our models may be, they are limited in their ability to predict unforeseen Gaian responses to climate change. Sometimes we are surprised with unexpected outcomes, and amazing stories of adaptation.

For example, consider a recently published story of a California butterfly, the quino checkerspot. Once abundant, it has been on the edge of extinction due to habitat loss and climate change. But despite all odds, this species has shifted its habitat range and diet, and appears to be surviving.

We should not use such stories to become complacent, but to remind us of the delicate balance we hold in our hands — and to give us hope.

Patty O’Donnell is an environmental educator at the Hitchcock Center for the Environment.