‘What is a bird?’ Easy question, complicated answer 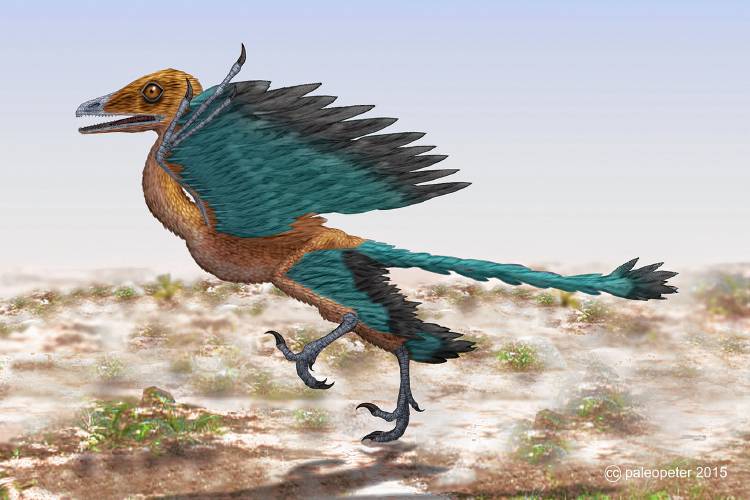 By Henry Lappen For the Gazette

When I do my educational performance “A Passion for Birds,” I always ask the audience “What is a bird?” Depending on the age of the audience, I get quite a variety of answers. Someone usually starts with “It’s a flying animal.” I respond by pointing out, “Under that definition, bees and bats are birds.”

From younger children, the next answer is often “They are mammals.” I like this as it shows the development of their thoughts and that they are on the right track, even if they’re incorrect. I can usually get adults and older kids to say, eventually, “Birds are animals with feathers.” which is the definition I seek. And 30 years ago when I started presenting this show, that was exactly correct. A bird is an animal with feathers. Period! All birds have feathers. All feathered animals are birds.

Sometimes, my question is answered with “Birds are dinosaurs.” My reply years ago was: “Some scientists think so.” But as paleontologists discovered more fossils and pieced things together, that conclusion became the unavoidable truth. Birds now are clearly understood to be descended from dinosaurs, or at least from the therapod branch of dinosaurs. As a definition, “birds are dinosaurs” doesn’t quite work. But does my original definition? If birds are feathered animals, then the ancient feathered therapods are also birds.

What I love about studying nature is how absolutely complicated it is. We humans try to put everything in little boxes or categories, which we may call species. But nature keeps spilling out! It would be hard to put some of the earliest feathered animals into the bird “box” because of all the ways they weren’t birds. Many had solid bones and teeth for example. And they had few, if any, flight feathers. Maybe I should ask next “What is a feather?”

Modern birds have what we typically think of as feathers: slightly curved shafts with soft, hairlike projections that interlock and provide a large surface area with little weight. But birds also have crest feathers, pin feathers, remiges, retrices, coverts, tail feathers, layers of under feathers and down. These all come in a variety of shapes and lengths and even stiffness. Although we think of feathers as deliciously soft, woodpeckers’ tail feathers are so stiff they can dig them into a tree trunk to prop themselves up.

When we look at the feathers, recreated from fossils, of these earliest bird ancestors, we see a long, slow development of our modern conception of feathers. Feathers did not just show up in their modern form. The first feathers seen in the fossil record were simple quill-like structures coming out of skin follicles in the same way as hair and scales do.

Later, these simple quills became multi-filamented (as are down feathers) and eventually lengthened, developed barbs and became asymmetrically curved. At which point do we decide that this is a true feather and its owner was a bird?

At the same time, the creatures sporting these early feathers were evolving to lose their teeth and jaws, bony tails and hands; and to develop beaks, a keel (fused ribs that we sometimes call a wishbone), hollow bones and a shoulder anatomy allowing the new wings to move in the ever more complex ways necessary for serious flight.

Archaeopteryx is generally considered the first true bird. Perhaps some earlier ancestor might someday take that label but for now, let’s think about this. Archaeopteryx had “true” feathers but also teeth and a bony tail. And some modern flightless birds do not have what I would exactly call “true” feathers and they don’t have hollow bones.

Evolution is a messy, convoluted process. Species and even higher groupings do not suddenly appear out of the blue. They slowly change becoming different enough from their ancestors that they no longer can breed with them. This may take millions of years. We humans pick some date or type of animal as a starting point for a class or family or genus or species. We define an animal as having specific features and behaviors. But we must keep in mind the complexity and quirkiness of the process. I will definitely state in my show that all birds have feathers. But I will no longer say that all feathered animals are birds.

Henry Lappen is an environmental educator and performer. His website is www.HenryLappen.com.