What would nature do? 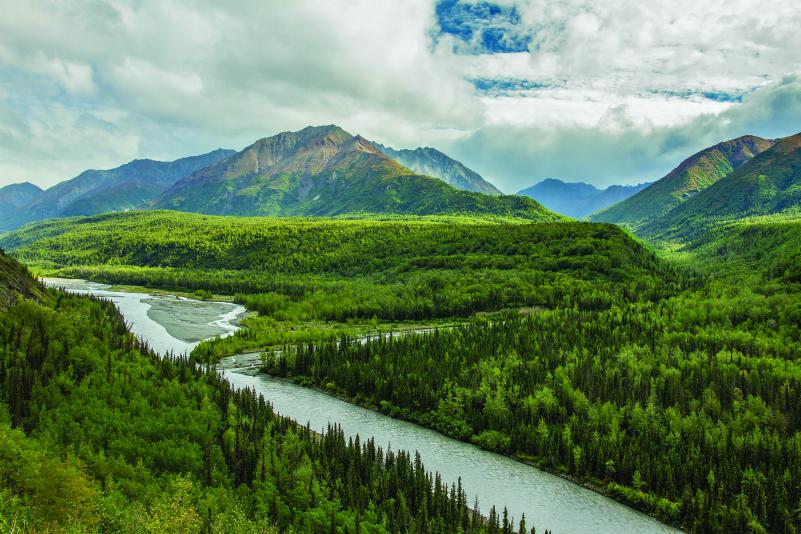 In an age when sustainable solutions to human problems have never been so important, wouldn’t it be nice to have a mentor to turn to for help and inspiration?

Someone, or something, that has almost 4 billion years of experience solving life’s problems in a way that is sustainable for all living things? Someone who has truly seen it all, and is always in the process of figuring out life’s challenges?

Well, according to Janine Benyus, founder and president of the Biomimicry Institute in Missoula, Mont., that mentor exists: life itself. Life has truly had a lifetime to develop solutions to countless design challenges since it appeared on Earth 3.8 billion years ago. We need look no further than our backyards to see that nature is a brilliant inventor: leaves that manufacture food using just sunlight, carbon dioxide and water; winged seeds fluttering away from their parent plants to start the next generation; and gravity-defying pathways through the trunks of trees to carry water from the roots upward.

Humans can learn something here. When faced with difficult technological roadblocks we can ask, “What would nature do?” The idea that humans can mimic nature’s best ideas to address our problems is called biomimicry. It is a philosophy, a design practice, a branch of science, a problem-solving method and a technology movement.

Here at the Hitchcock Center for the Environment, biomimicry is a theme woven into many of our programs for children and adults. But don’t confuse biomimicry with the mimicry that occurs in nature.

Whenever I introduce someone to the Hitchcock Center and ask “Are you familiar with the concept of biomimicry?” I invariably get a knowing nod and a response like “Yeah, like when the non-poisonous butterflies mimic the poisonous ones so they won’t get eaten.”

This butterfly mimicry concept refers to Batesian mimicry, a phenomenon in which one species will evolve to resemble another, giving the mimic an evolutionary advantage. One well-known example is the Viceroy (Limenitis archippus) and the Monarch (Danaus plexippus), two orange-and-black butterflies that appear nearly identical. While the Monarch is bitterly poisonous to avian predators,the Viceroy is perfectly edible and enjoys the same avoidance of predators.

This tends to be what the word biomimicry evokes, but is an altogether separate concept.

Biomimicry, on the other hand, is described by Benyus as the “conscious emulation of life’s genius,” or purposeful human design directly inspired by nature. For instance, researchers at the University of Massachusetts Amherst are developing a super-adhesive material called “Geckskin” modeled after the toes of geckos, who are equally comfortable walking on horizontal, vertical and slanted surfaces.

Another example is a paint called Lotusan that becomes self-cleaning once it dries, mimicking the microstructure of a lotus leaf, which sheds dirt particles and stays clean. Another is pigments that rely on structure and light refraction to create color (rather than using toxic chemicals), as in a blue jay feather or Morpho butterfly. These are all products that demonstrate biomimicry on the first level: mimicking natural forms. If you were to invent a strong and flexible substance inspired by spider silk, this would be biomimicry at the first level.

You would be a more successful biomimic if your invention went to the second level of biomimicry: the mimicking of natural processes, using little more than the materials readily available and at room temperature. A clam’s hard protective shell is self-assembled using minerals from its surroundings at sea temperature. Humans have only been able to achieve substances this durable at sky-high temperatures, often with waste and pollution as unwanted byproducts. Another example is spider’s silk produced at a spider’s body temperature using nothing more than the proteins present in its body.

But if your invention were being manufactured by underpaid wage workers in a factory that gave off toxic pollution, the true spirit of biomimicry would not be achieved. To meet the prerequisites of the third and deepest level of biomimicry, you would need to mimic the natural system of spider silk. That means the process of creation would be sustainable for the workers producing it, using a low energy budget and giving off no unwanted outputs. The production of your invention would be part of a system, a closed loop, within a larger ecosystem made of interdependent parts, just as a spider is part of a larger well-functioning ecosystem. Your process would create conditions that promote the health and sustainability of all life around it. This would fully emulate life’s genius.

After all, the living things that populate our planet have been evolutionarily successful because they’ve employed designs and processes conducive to life, using materials that were readily available and functioning as parts of whole systems of interdependent organisms.

This all sounds pretty ambitious. But at the heart of biomimicry is a profound respect for nature and appreciation of its designs and processes. So step one is simply to notice nature. Marvel at its designs. The next time you’re out in the woods, or on the beach, or in the garden, observe nature’s great ideas. It could be the start of the next big biomimic invention.

Katie Koerten is an environmental educator at the Hitchcock Center for the Environment.