What’s in a name? Change may be the only constant

If you’re a naturalist, your friends, neighbors and relatives often send you photos asking, “What is this?”

If you recognize it, you tell the person a name, but which name? Times have changed and names have too, and a choice once solely about precise identification now can involve linguistics, history or even racism.

For over a century, a naturalist needed only to choose between the common and scientific name. Common names are easier to spell and pronounce, and are therefore more widely understood; but they also vary unpredictably, not only across languages but regionally within them. 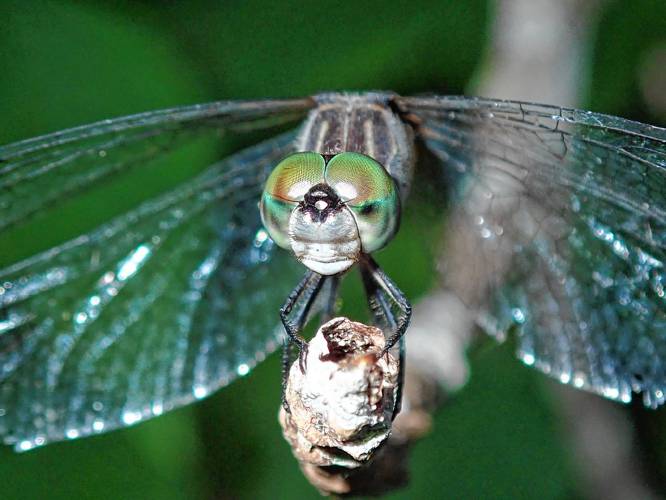 The American woodcock, for example, may be called a timberdoodle, bogsucker, or Labrador twister in various U.S. locations. One species of dragonfly goes by blue pirate, blue dasher, or swift long-winged skimmer in three different field guides, and in Spanish by rayadora azul.

Katie Koerten wrote a 2012 “Earth Matters” column about scientific names, the binomial system created by Carolus Linnaeus in the 1700s. Scientific names are more rigorously standardized, giving each species a single name worldwide. But while scientific names are consistent across space, they have proven less than constant over time.

As biologists have studied relationships among species, they have overturned scientific names accepted for a century or longer. The American toad, long known as Bufo americanus, changed from Bufo to Anaxyrus. Bull-, green and wood frogs moved from Rana to Lithobates. The joyful holomelina, a striking red-and-gray moth, lost its catchy common name when its genus changed from Holomelina to Virbia, as did the Baltimore Bomolocha when moved to Hypena.

Some groups have moved to establish common names as standardized and reliable as the scientific ones. The American Ornithological Society empowered a committee to give each bird species an official English name. Since 1978, the society has directed that writers capitalize the official common name of each species to reduce confusion.

For example, a black-capped chickadee could be any of five chickadee species in the U.S. that have black caps, but only Poecile atricapillus is a Black-capped Chickadee. There are six species of western gulls — gull species that are common in western North America, rare or absent in the east — but there is only one Western Gull (Larus occidentalis). And a sandpiper of any species — over 20 of which occur in Massachusetts — can be a solitary sandpiper if it stands alone, but Tringa solitaria is the one true Solitary Sandpiper. The Dragonfly Society of the Americas followed the Ornithological Society’s example, and some other scientific associations are doing the same. 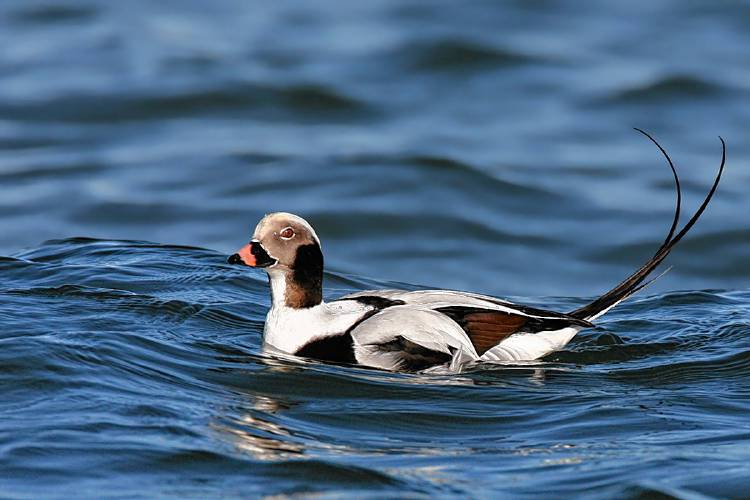 Standardizing common names means holding them to higher standards than biology alone. Increasing awareness of racism has exposed some organisms’ names as slurs against minority groups. The Long-tailed Duck was one of the first to change; previously it had been the oldsquaw, a name that some birders described as “racist, sexist and age-ist all at the same time.”

The wildflower long called Indian pipes, named after its resemblance to the old stereotypical “peace pipe” of Native Americans, now increasingly goes by Ghost Pipes in reference to its lack of chlorophyll or other pigments. And in March of this year, the Entomological Society of America renamed the tree-defoliating caterpillar known widely as the gypsy moth, a slur targeting nomadic European Romani people; it is now officially the Spongy Moth, a translation of its French name spongieuse, describing the yellowish egg masses that it deposits on tree trunks.

Other common names are racist in subtler ways. Indigenous cultures named many species with which they shared their homelands, but western biologists have frequently overwritten those names. Hawai’i is one of the most recent examples, as it lacked contact with the rest of the world until the late 1700s. Many Hawaiian species are found nowhere else on Earth, so they had names in only one language until English-speaking naturalists added theirs. 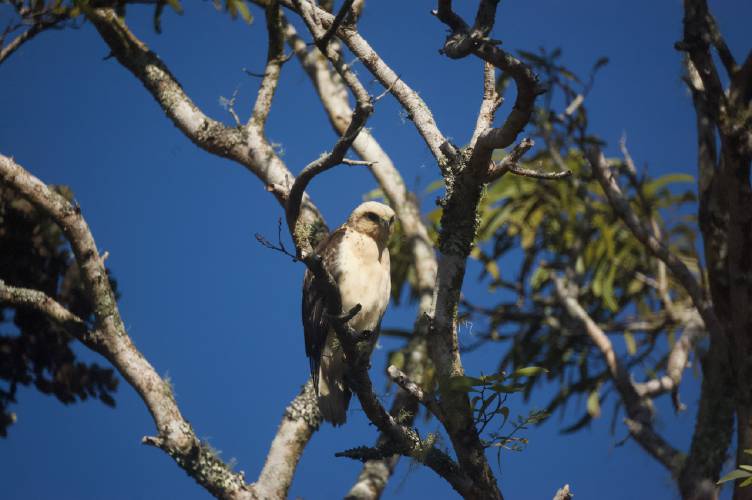 An ‘io (Buteo solitarius), found only on the Big Island in Hawai’i. The American Ornithologists’ Association has named it the Hawaiian Hawk. Joshua Rose

The aforementioned American Ornithological Society lists the nene as Hawaiian Goose, the ‘io as Hawaiian Hawk, koloa as Hawaiian Duck, ua’u as Hawaiian Petrel, ‘alala as Hawaiian Crow, and ‘alawi as Hawai’i Creeper, even though the Hawaiian names predate the English ones by centuries.

Perhaps the most contentious issue has been honorifics: species named after individual people. Biologists who name new species after people usually do so to honor them, but some of the honored were not so honorable.

The first name to change was the former McCown’s longspur, a songbird noted for skulking in grasslands. John McCown, a hunter who collected the first specimen of the longspur, made a career of forcing Native Americans off their lands, followed by his serving as a general for the Confederacy, leading to the bird’s being renamed Thick-billed Longspur. This change required two attempts: A 2019 petition was rejected almost unanimously by the Ornithological Society naming committee, but was resubmitted in 2020 following the George Floyd protests and a racist incident targeting a birder in Central Park. It passed as overwhelmingly the second time as it had lost the first. 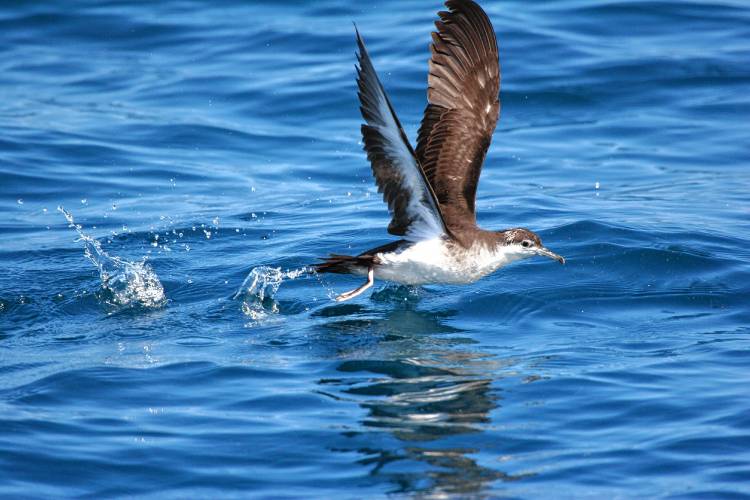 Audubon’s shearwater (Puffinus lherminieri), seen off Cape Hatteras, N.C., may be bound for a change of name. DOMINIC SHERONY/VIA WIKIMEDIA

The “Bird Names For Birds” campaign is lobbying to change these and others. Their biggest target: John James Audubon. The iconic bird painter infamously returned a family to slavery after they had escaped, and bought slaves years after every Northern state had abolished the practice. An oriole, a shearwater and various other species bear Audubon’s name, as does the country’s most influential conservation group, and much more.

But perhaps not for long. After all, change is the only constant.

Joshua Rose is a naturalist who lives in Amherst. He is vice president of the Hampshire Bird Club, the Northeast Chapter head of the Dragonfly Society of the Americas, and a contributing editor of the website bugguide.net; he regularly leads programs for local nature-oriented groups. For notes and references related to this column, click here.